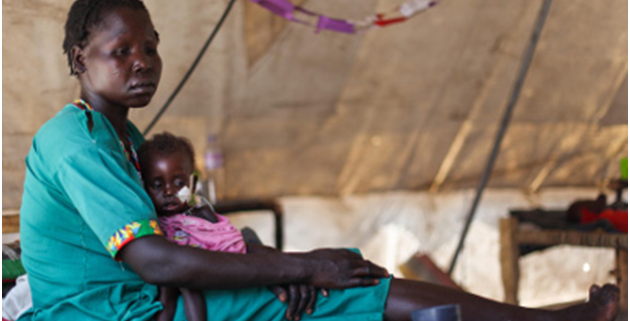 The “ethnic cleansing” that Sudanese President Omar al-Bashir has undertaken against black Africans in the Nuba Mountains is also aimed at ridding the area of Christianity, according to humanitarian workers.

By targeting Christians among people who are also adherents of Islam and other faiths in the Nuba Mountains, military force helps the regime in Khartoum to portray the violence as “jihad” to Muslims abroad and thus raise support from Islamic nations, said one humanitarian worker on condition of anonymity.

In South Kordofan state–which lies on Sudan’s border with the newly created nation of South Sudan but is home to sympathizers of the southern military that fought against northern forces during Sudan’s long civil war–Bashir’s military strikes are directed at Muslims as well as Christians, but churches and Christians are especially targeted, he said.

“The ongoing war against Christians and African indigenous people is more of an ‘ethnic cleansing’ in that they kill all black people, including Muslims, but they give specific connotation to the war in targeting Christians to secure funding and support from the Arab and Islamic world by saying this war is a religious war,” he said. “And in so doing, they get huge support from those countries.”

Aerial bombardment killed the five members of the Asaja Dalami Kuku family, which belonged to the Episcopal Church of Sudan, in Umsirdipa in the Nuba Mountains on Feb. 25, the source said.

“The brutal state-sponsored militias are moving from house to house searching for Christian and African indigenous homes as the government continues with air strikes,” he added.

The Satellite Sentinel Project has gathered evidence that Antonov aircraft have indiscriminately bombed civilian populations in South Kordofan, although after a recent crash the government has said it will no longer use the planes.

In Kadugli, the capital of South Kordofan, at least four church buildings have been razed and more than 20 Christians killed, he said.

“The Islamic north sees Nuba Christians as infidels who need to be Islamized through Jihad,” the source said. “But the fact of the matter is this war is ethnic cleansing–a religious as well as political war, indeed a complex situation.”

Between June 2011 and March 2012, four church buildings have been destroyed, said another humanitarian worker; they belonged to the Episcopal Church of Sudan, the Roman Catholic Church, the Sudanese Church of Christ and the Evangelical Presbyterian Church.

On June 7, 2011, state-sponsored militia destroyed the office of the Sudan Council of Churches at Kadugli, along with its vehicle, the sources said.
On Feb. 26, three church leaders visited the devastated areas of Kaduguli, led by Bishop Daniel Deng of the Episcopal Church of Sudan, and then presented grievances to the government. They were surprised that the government denied the attack on the church buildings.

“A government official said [southern and other] militia groups were the ones destroying the churches, and not the government,” one of the aid workers said.

Fighting in South Kordofan, a major battleground during Sudan’s 1983-2005 civil war, broke out again in June 2011 as Khartoum moved to assert its authority against gunmen formerly allied to the now independent South Sudan. The conflict between Bashir’s forces and the Sudan People’s Liberation Movement-North (SPLM-N) spread from South Kordofan to Sudan’s Blue Nile state in September 2011.

The United Nations estimates the conflict has displaced 400,000 people, with 300,000 in danger of starving within a month. Additionally, the U.N. Commissioner for Refugees estimates there are 185,000 refugees from South Kordofan and Blue Nile in South Sudan and Ethiopia.

Sudan’s Interim National Constitution holds up shariah (Islamic law) as a source of legislation, and the laws and policies of the government favor Islam, according to a U.S. Department of State report. On several occasions in the past year, Bashir has warned that Sudan’s constitution will become more firmly entrenched in sharia.

When the Comprehensive Peace Agreement was signed in 2005, the people of South Kordofan were to decide whether to join the North or the South, but the state governor, wanted for war crimes himself, suspended the process, and Khartoum instead decided to disarm the SPLM-N by force.
“The church and enfeebled women and children have become victims of this fight,” one of the humanitarian workers said. “We as the church have a moral and spiritual obligation to stand with our brothers and sisters who are suffering in the Nuba Mountains.”

Join the New Move of the Spirit