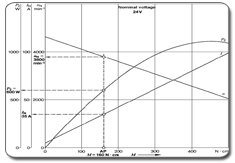 False apostles and prophets will demonstrate the same behaviour as other false ministers. However, there are certain character traits that are readily visible in false apostolic and prophetic ministries.

They Operate in False Authority

For such men are false apostles, deceitful workmen, masquerading as apostles of Christ. And no wonder, for Satan himself masquerades as an angel of light.  It is not surprising, then, if his servants masquerade as servants of righteousness. Their end will be what their actions deserve. 2 Corinthians 11:13-15

Another tactic used is misinterpretation of scripture to establish authority. They find scriptures that refer to apostolic and prophetic authority and claim it for themselves. They scare believers into thinking that because they are apostles or prophets that they are superior to others. True apostles and prophets will be humble men and women. They will not promote their personal ministries. The authority that they operate in is backed by the power of God and recognized in the Church without self-promotion. And, often, like a good foundation, their ministry is seldom visible or recognized.

False apostles and prophets minister with the wrong motives. Therefore, the Spirit of God withdraws Himself from their ministries. Since many false apostles and prophets do not recognize the withdrawal of God, they then end up striving to operate in gifts to validate their ministry. They begin to rely on their own human spirit and help from demonic influences to appear spiritual. This happened to King Saul.

Now the Spirit of the LORD had departed from Saul, and an evil spirit from the LORD tormented him. 1 Samuel 16:14

The next day an evil spirit from God came forcefully upon Saul. He was prophesying in his house, while David was playing the harp, as he usually did. Saul had a spear in his hand    1 Samuel 18:10

Because of Saul’s continual rebellion, the Spirit of God departed from him. An evil spirit replaced God’s Spirit. When the evil spirit came upon him, he prophesied. His prophecy came from the wrong source. This eventually happens to false apostles and prophets. The Holy Spirit lifts and they use demonic influence to still function.

Though false apostles, prophets, and ministers exist, believers are not to walk in fear.

However, Christians have to be able to learn to recognize false ministers. In addition, the presence of false ministers should give believers a greater appreciation for godly leaders and true ministers within the Church who serve God’s people and rightly handle the Word of Truth.