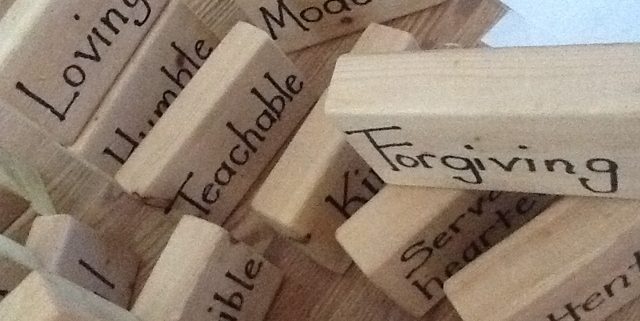 Just this week I spent time on the phone with another apostle and then a conference call with two apostles regarding a person in ministry who needs to step down from all leadership responsibilities.

This is a man whom we have worked with and supported over a number of years. We have encouraged him to make changes in his character and even offered help in some areas to enable him to do so. Areas such as finances and family. However, he has not taken the necessary action to improve and change. So, he is being asked to step down and focus on the issues that are needing attention.

So often in ministry we look at gifting and anointing. We determine the person’s call and begin to move them in the direction of fulfilling their call. We disciple, train, equip, and even mentor those who have a definite call upon their life to enter the fivefold ministry. However, more foundational than giftings, skills, knowledge, anointing, and calling is character. It is foundational to everything. Not just for leaders but for all believers.

Character involves a number of things … Let’s list them for a quick understanding of some of the elements of a person’s life that we might look at when determining and working with a person’s character.

As we work with people, see how they relate to and treat other people, and come to know them and their family better, we begin to see the character of the person. This character is the foundation for any and all ministry. Without it established and in place, functioning correctly, the person will not be successful in their ministry and in influencing others for the Kingdom. And, the Lord as well as the Church will, once again, be seen in a negative light in society and among non-believers. They do notice, by the way.

So, the most loving thing we can do is remove a person who, after a season of failing to develop and change these basic character issues – even when offered and given support and help – is to have them step down from all ministry. This frees them to focus on and work with these basic elements of their character.

Of course, this action of removing someone from a leadership position may not appear to be a loving decision. Be that as it may, the removal is needed because the person has not cooperated nor responded to the help and direction being offered to them. They apparently are not teachable. They are not interested in being mentored. The leaders, in this case three apostles, have walked the extra mile or two with this person and spoken the truth in love many times. It is now time to move forward and release this person so they can decide what it is they really want to do and how committed they are to doing it.

Character is foundational. God has called his children, not just His leaders, to be Christ-like in all of their behaviour and interaction with others. Our heavenly Father is desiring that we represent Him well amongst those who do not believe.

“The Lord Said!”
Scroll to top