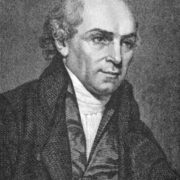 Like many kids his age, Will wandered through the jungle of adolescence with no clue about what to do with his life. He was sharp and intelligent, though more than a few at his school snickered because he was quiet and scholarly. Will didn’t pay much attention to them; he was deep into his books of science, history, world travel, and adventure. His room resembled a lab experiment gone awry, cluttered with specimens of plant and insect life.

But even quiet, studious teenagers need a little pocket change. Will found an entry-level job in a shoe shop. That was his life — reading, puttering with his specimens, and selling shoes. But in time he realized that it wasn’t enough. He knew that if he had all the books in the world, all the scientific knowledge attainable, and all the money he could earn, there would still be a hunger inside him. There were questions his science books couldn’t answer. A shelf of history offered no clues about the meaning of life. Will had followed his passions but found they couldn’t satisfy him.

At eighteen, Will left his parents’ church in search of a livelier and more fulfilling Christian fellowship. He found what he was looking for in a little congregation in a neighbouring town. His faith in God sparked to life and began to grow, slowly but surely. Being an ardent reader, Will devoured the Bible while continuing to read volumes of books about the world around him. He began to think about the ideas in the Bible.

In the meantime, his shoe business was flourishing, and Will opened a store of his own. Yet he continued to sense that life must hold more for him — he was certain of that.

In his early twenties, Will married a lovely woman. He tried the life of a preacher and then the life of a teacher. But he lacked those skills and still couldn’t decide how to focus his life. He finally turned back to the shoe shop — which, of course, looked more like a bookstore with Will’s library filling the shelves. The volumes kept coming, and so did the forming of Will’s mind. He taught himself Greek, Hebrew, Latin, Italian, Dutch, and French.

Then, during his late twenties, the vision for Will’s life came into focus. He was fascinated by a book about the last voyage of the great navigator and explorer Captain James Cook. To many people it was a thrilling story of adventure. But to Will it was a revelation of human need. While sketching a crude map of the world, he realized that there were vast numbers of the earth’s population who had never heard about Jesus Christ. It occurred to him that if all people must believe in Christ to be saved, then that placed a crucial burden on every believer. Those who hadn’t heard about Jesus would never hear unless some believers told them.

It was a simple but profound truth. If a man knew Christ and was serious about knowing Him, then the very meaning of his life was clear: He must tell as many others as possible. Suddenly the books, the shoes, the scientific pursuits — all these things were swept aside in favour of a new, controlling passion. Will followed his passion resolutely until his death at age seventy-three, and we remember him today as the father of modern missions.

“Will” is better known as William Carey, shoemaker by trade, scholar and missionary (apostle) by God’s training. In the late eighteenth century in England, Carey was overwhelmed by the need for worldwide evangelism, and he committed himself wholeheartedly to that work. In 1793, at age thirty-two, William Carey set off with his family for India, where he devoted his entire life to sharing the gospel. Utilizing his skills and resources as a linguist, Carey played a major role in translating the Bible into more than forty languages.

William Carey is a sterling example of the passion principle in Colossians 3:23-24. “Whatever you do, work heartily, as for the Lord and not for men, knowing that from the Lord you will receive the inheritance as your reward. You are serving the Lord Christ.” (ESV)

We are called to do what we do with all our heart and soul …“heartily” — wide open, pedal to the metal, no holds barred, no turning back. Burdened as a young man by the plight of the lost, Carey sobbed to God, “Here am I; send me.” Then after pouring out his life in whole-hearted service to Christ, he uttered from his deathbed, “When I am gone, say nothing about Dr. Carey. Speak about Dr. Carey’s God.” During the forty years between those two statements, William Carey lived out his purpose with sustained, heartfelt passion.

“But wait just a minute,” you may argue. “If committing to passionate living means I have to spend the rest of my life toting Bibles through some bug-infested jungle, I’m not sure I want to sign on.” If that’s what you’re wondering, you can relax. William Carey spent his life taking the Word of God to India because that’s what God gifted and called him to do. Being an apostle to India was Carey’s primary “whatever.” The passionate life God has for you will center on your “whatever” — the combination of your gifts and talent and God’s unique call on your life. And as you move into your life with passion, you will find as much satisfaction and fulfillment as William Carey did in India.