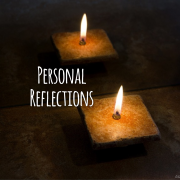 The first reason we looked at for this is the horrible, disgusting, nasty way that Christians treat one another in person and on line.

2> The second reason people leave the faith is the canned superficial answers they have been given to serious and complicated questions.

Several years ago I was talking with a university student and his significant other and the question of “creation” came up. He was studying towards an engineering degree in university. In his courses the whole concept of Genesis, chapters one and two, had been challenged. With the empirical evidence he had been shown in class the whole concept of God creating the universe in six days and resting on the seventh simply no longer held to be true in his mind. And, the geological data he was being taught did more than suggest that the world was much older than 6,000 years – much, much older.

And, I did not, at that time, have an adequate explanation for what we, as Christians, believed. I did not know how to “defend” the creation story against the information and scientific data he was being taught. I don’t give him some canned religious answer as I also hate these kinds of responses, but I did have to admit that I did not know how to reconcile the two views or how, as a believer, to speak to his concern. He was good with that because I was being honest. Up to that point every believer he had spoken to about his questions had simply given him a “canned answer” and he knew it. And, because of it, he was about to leave the faith and become an atheist. He was thankful for an honest, non-canned religious response and is continuing to examine and question the faith. He has not walked away as many others have.

Those of us who are believers need to not avoid these complicated challenges to our faith. We need to be exposed to the sophisticated answers to modernity, to empiricism, to the problem of evil in the world. We, the leaders, to need to show believers that some passages can be interpreted more than one way. And that this does not mean doubting the authority, reliability, or inspiration of Scripture. We need to answer the questions being asked and answer them with depth and intelligence and not in a pat, religious, and nonsensical way.

We need to see the Christian faith as a thinking person’s faith (not a religion) and be actively engaged in answering the real questions that both believers and non-believers are asking. It is no longer possible nor wise to live a surface faith where you simply make everyone feel good about being a believer and never deal with the issues being faced by people in their every day lives. And, we need to have the answers to the many challenges that the faith is facing in the light of new scientific and archaeological discoveries.

An example: As I travel the world I ask people who created evil. Some say the devil. Some say people did. Some have a number of other answers that simply can be dismissed as soon as they are spoken out loud. But seldom does anyone bring forth the right answer. You see the Bible states that God created evil because He is the Creator. And without there being “evil” then we, the height of His creation, would not have the free will to choose because there would not be an alternative to “good.” Thus God created the tree of the knowledge of good and evil and placed it in the garden of Eden. But, most people have never grappled with the concept of evil and the Christian doctrine (dogma) of evil. We simply slide across the surface of life and belief and never deal with the real, often complicated issues of every day life.

So, when a major crisis of faith arises in a believer’s life they don’t find a biblical answer nor an adequate explanation of the apparent contradiction to their faith that they are experiencing. So, they leave the faith and seek answers elsewhere.

Christians Who Abandon the Faith – Part One

I have ministered in the same city now for 40 years and I have seen many come to faith in Christ. I have watched as they responded to the spiritual hunger deep in their heart and grew and matured in their walk with the Lord. I have watched as they were baptized in the Holy Spirit and began to move in the supernatural gifts of the Spirit. I have been excited to see them minister to non-believers and live an evangelistic, soul-winning life style.

However, I have also watched many true believers abandon the faith and go back into the world. These were true believers who were faithful and even zealous for the Lord but have chosen to no longer follow Him and who have renounced the faith they once held. Some have simply gone back into the world, others have become atheists, still others have switched beliefs and now follow the precepts and teachings of another world religion.

Now, I am not talking about drifting from the faith. Hebrews 2:1 states that this is a definite possibility f we are not careful to hold on tight to the faith. It states, “Therefore we must pay much closer attention to what we have heard, lest we drift away from it.” Many unintentionally do drift for a wide variety of reasons. However, they have not left the faith and can turn things around and become strong in the faith once again.

And, I am not wanting to delve into the whole discussion on whether they were really saved. You know, did they understand and accept the gospel on an intellectual level only – without any true change of heart and sincere repentance. And, as a result, became ‘cultural Christians’ without ever embracing a personal relationship with Jesus.

I am speaking of those who had a real personal encounter with the Living Christ, repented, and became born again. And then, turned away from this relationship and the foundational beliefs of the faith and have truly renounced their belief in Jesus as “the way, the truth, and the life.”

“For it is impossible, in the case of those who have once been enlightened, who have tasted the heavenly gift, and have shared in the Holy Spirit, and have tasted the goodness of the word of God and the powers of the age to come, and then have fallen away, to restore them again to repentance, since they are crucifying once again the Son of God to their own harm and holding him up to contempt.”  (Hebrews 6:4-6)

So, let’s explore and think through why these people – who in most cases had al lthe outward marks of being a true follower and disciple of Jesus – decided to serve Jesus divorce papers and turn their back on the true Christian faith and thus on the one true God.

Reason One: The way that Christians treat each other

The reason why some believers want nothing to do with following Jesus or associating with believers in a local church who say that they are following Jesus is due to the way that professing Jesus-followers treat others who also follow Jesus. Christians treating others in non-Christian ways. Christians who are critical and judgmental and reject the thoughts and feelings of others if they disagree with what they think and feel.

This, of course, breaks the cardinal commandment of the Head of the Church, Jesus. And, indicates that maybe the Christians who are critical and judgmental are not really following nor do they have a personal relationship with Jesus. Jesus said, “So whatever you wish that others would do to you, do also to them, for this is the Law and the Prophets (Matthew 7:12). And, of course, does not in any way fulfill His comments about love found in Matthew 22:39 “…You shall love your neighbour as yourself.”

We can look at another two reasons next time…