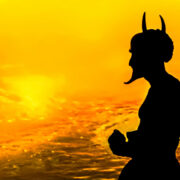 I have just read the Book of Nahum — a minor prophet in the Old Testament. It had been some time since I last visited with him.

In Nahum’s day the people encountered a dilemma that nearly everyone, from Psalmist to Prophet to everyday believers today, has wrestled with: God seems at times to give evil people a long rope before He pulls them up short. And sometimes oppressors prosper as they trample God’s own people. Where is the justice?

I was specifically thinking about this as the war between Russia and Ukraine rages on into its fifth week and many believers in both nations are wondering where God is in all that is happening.

The real truth is, of course, that the godly are eternally blessed and that the godless eventually get their due. But we simply do not always feel that way. In the middle of a long day or a long century, it may seem like the wicked are free to mock, strut, intimidate, and terrorize without being held to account. Twice in the Old Testament, however, God inspired prophets with a specific message: to remind Israel that one day the nations that seemed to flaunt their arrogance with impunity would reap what they sowed.

In response to Jonah’s reluctant preaching, the citizens of Nineveh had briefly repented of their sin and been spared God’s judgment (Jonah, Chapter Three). But the generation of repentant Assyrians had passed on, and a new, rebellious generation arose to persecute Israel and Judah. About 40 years after Jonah visited Nineveh, Assyria invaded Israel and then conquered Samaria shortly thereafter (722 BC).

Around 640 BC, God inspired Nahum to announce that Assyria’s days were numbered. Nahum’s series of oracles, which essentially offer “the rest of the story” after the Book of Jonah, foretell the destruction of the world’s most ruthless nation at that time.

True to his name (which in Hebrew means “Comfort”), Nahum blends his message of judgment with a reassuring message for God’s people. The Israelites were assured that God would deal with Assyria’s sins even more harshly than He had dealt with Israel’s.

And in 612 BC, He did. Babylon, the rising Mesopotamian power, conquered Nineveh, and Assyria was destroyed, never to be seen again. To this day, though, Israel appears on every world map and has a seat in the United Nations. Nahum’s prophecies comforted God’s people, assuring them that the Lord sees all nations at all times and that He will bring each one to the bar of justice in His time.

As we watch God’s people suffer untold harm under the hands of stronger neighbours and dictators who apparently do not value human life we need to remember the story of Assyria and Israel and God’s promise to pour out justice.