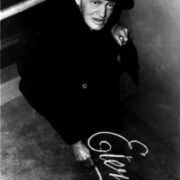 Sometimes I Fail To Embrace Eternity

In the year 2000, Australia, “the Land Down Under,” took the world stage for two special events

As the clock struck midnight on January 1, 2000 Sydney was the first city on the planet to welcome the new millennium

A barrage of fireworks exploded from the Sydney Harbour Bridge, lighting up the entire port

Some of course, intently watching their computers to see if the Y2K bug was indeed fact or fiction

Once again, the Harbour Bridge was the central focus as billions of people watched thetelevised opening ceremonies

These two events shared a lot of things in common END_OF_DOCUMENT_TOKEN_TO_BE_REPLACED