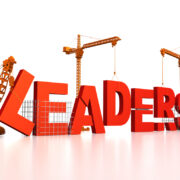 4> Put others ahead of yourself.

Most times when we are starting as leaders our leadership is very “me” focused. To increase your potential as a leader you need to be focused on others; especially on equipping and empowering others. I want to encourage you to make the shift from me to we. Why? Because these three factors will make you want to change

A> Reality — As the challenge escalates, the need for team work elevates.

Every worthwhile dream is greater than the individual who initially holds it. When we recognize that truth, it motivates us to ask others for help. But we also need to realize that people are most likely to help us after we have helped them in some way. So, we need to put others ahead of ourself. When we equip and empower our team, everyone is able to work together to achieve even the largest dream.

B> Maturity — With one tiny exception, the world is composed of others.

I define maturity as unselfishness. It’s being able to see things from other people’s perspective because you value them. It means building ladders so that others can climb, not fighting to climb to ladder yourself. Effective leadership can never be all about you, because you are not the only one on your team – you are leading others.

C> Profitability – Measure your success as a leader by what you give, not what you gain

No matter what you do to make a living, you should judge your success by how much you are able to help others. Do this and you will increase your leadership potential. In the end, life is about people. Never forget it. Take care of those you lead instead of taking care of your career and reputation. If you are willing to make “success” about giving rather than gaining, you will find your life to be greatly rewarding. And your leadership potential growing.

So the question to be answered: What do you want your life to stand for?

As you grow old and draw near to the end of your life, what kind of impact do you want to have made on the world? I hope you’ll choose to add value to people. And I hope you’ll choose to become a leader of greater potential and higher capacity. The more influence you develop, the greater the positive impact you’ll be able to make.

Singer Michael Bublé loved his grandfather, Don Demetrio Santaga, who built a house in Vancouver 50 years ago and lived in it until his dying day. Santaga loved his house and hoped it would stay in his family after his death

During the final 8 years of his life, Santaga was unable to live alone, so Bublé hired a Filipina healthcare worker named Minette to care for him

At first Santaga resented having a nurse, but the two quickly became close. Bublé and Santaga came to view Minette as part of the family, and near the end of his life, Santaga shared his final wish with his grandson.

When the older man died, Minette took the opportunity to return to the Philippines to visit her family, whom she had been supporting with her income. While she was gone, Jonathan and Drew Scott, the celebrity “Property Brothers,” came to Vancouver and did extensive renovations on Santaga’s home. It was an amazing makeover.

When Minette returned, she was met with television cameras from the crew of Celebrity IOU. Michael opened the door and ushered her in, saying, “Welcome home.” Minette’s hands flew to her mouth and her eyes filled with tears. “It is so much, really so much,” she said. “I have no words right now. It hasn’t sunk in yet. It’s beautiful.”

“You can only imagine what it’s going to mean to her,” said Bublé.

A leader who saw an opportunity  to increase his potential.

We are looking at how to increase your potential as a leader regardless of where you may be leading – family, friends, work, community, or the local church. Last time we saw:

1> Ask questions and listen to understand and find your people (those willing to follow).

2> Connect with people before asking them to change.

A> Let them know you value them

B> Identify the value they place on themselves.

Self-worth is foundational to belief and change. The moment your belief in yourself goes up, so can your commitment to help yourself and thus change. If the people on your team don’t believe in themselves, as the leader you need to try and help them find that belief. You need to encourage them. You need to speak positive words of affirmation. You need to teach them. And you need to help them put wins under their belts. Does that always work? No. But if their self-worth never rises, neither will they feel comfortable enough to follow your lead and be more willing to believe they can change.

C> Tell them growth is expected and growth means change.

As a leader, you want your people to grow, and you want them to know it on the front end – that growth is expected and that growth means change. If they know you will hold them accountable for growth, the chances of it happening increase dramatically. One of the greatest mistakes leaders make is sharing expectations but failing to later include accountability.

D> Show them change is essential.

It is impossible to get better without making changes. No one has ever stayed the same while at the same time rising to a higher level. Being willing to change is one of the prices we pay to grow. Good leaders increase their potential by helping people recognize and accept that price. You can’t make the changes for them, but you can show them what needs changing, assist them, and encourage them.

When it comes to expectations, leaders can never think, Set it and forget it. People rarely lead themselves forward or correct themselves when they get off track. People want to be empowered. But often what they need most is accountability. Keeping your connection constant and gently nudging them forward provides both encouragement and consistent accountability.

When you ask people if they will help you to help them, you are able to measure their level of participation and commitment. By getting them to declare the ways that they want help to grow and change, you obtain their full buy-in. And if they don’t follow through, you can hold them accountable for what they declared they would do.

One of the most valuable things you can do to increase your leadership capacity and potential is to be authentic and transparent with people and to share your story, especially before you challenge them to attempt something difficult.

Too many leaders think they have to project a perfect image to have leadership credibility. They think they always have to put their best foot forward. What they don’t understand is that their best foot is a flawed foot. They miss the power of their own stories of imperfection. A leader’s story of struggle, growth, and improvement can inspire people and change lives. People respect leaders who tell the truth but whop still hold fast to the vision and keep leading people (the team) forward.

One of the motivational gifts listed in Romans 12:6-8 is the gift of leadership.

“Having gifts that differ according to the grace given to us, let us use them: if prophecy, in proportion to our faith; if service, in our serving; the one who teaches, in his teaching; the one who exhorts, in his exhortation; the one who contributes, in generosity; the one who leads, with zeal; the one who does acts of mercy, with cheerfulness.”

Your leadership ability and potential is not something that is inherent. It is not a given that is built into your character and thus unchangeable. You can grow in your understand of leadership as well as improve your skills and abilities as a leader and thus become a better leader. Your leadership potential is something that can grow and change. Here are some ideas that I work with as a leader as I work to increase my level of influence and thus impact in life and ministry.

1> Ask questions and listen to understand and find your people.

Communication is the language of leadership. Most leaders hold to the illusion that as long as they are talking and giving direction and input, communication is happening. Leaders usually focus on vision and on what they are wanting to accomplish in their leadership. So, their focus is often themselves and what they want. A true leader focuses on others and want to know their people and want their people to know them. Only then can true communication happen.

Questions open up doors and allow us to connect with others. They place value on the other person. And they give us a different perspective. Before we attempt to set things right as leaders, we need to see things right. The highest compliment you can give people is to ask them their opinion. And then to truly listen from your heart.

2> Connect with people before asking them to change.

If you are a task-oriented person, connecting may be something you have to work at to achieve. If you’re a people person, building the relationships may come naturally. But making the transition from relationship building to movement requires what I call a leadershift. That “shift” is the transition from connecting with people to helping them make the changes necessary for the benefit of the team.

One of the keys to helping team members make successful changes is to set expectations for them up front. It increases the odds of positive change later in the relationship. There are six steps that should be followed to set positive expectations. These will help you to connect with people and then invite them to follow you as the leader and enter the process of changing.

A> Let them know you value them

The greatest gift leaders give team members is their belief in them, letting them know that they are valued. If I as your leader don’t value you, I will try to manipulate you for my advantage instead of investing in you for your advantage.