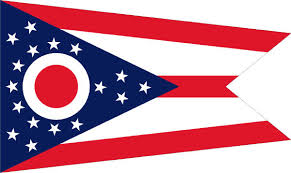 Butler is a village in Richland County in the U.S. state of Ohio. It is part of the Mansfield, Ohio Metropolitan Statistical Area. The population was 921 at the 2000 census.

Independence was laid out on the northwest quarter of Section 20, January 12, 1848, by Daniel Spohn. In the early days of its existence it was nicknamed “Spohntown ” and ” Squeelgut,” but was named Independence by Thomas B. Andrews, rather in a spirit of defiance at the attitude of Bellville, which was not a friendly one to the aspiring village. The name was changed to Butler in the 1870s. Andrews was its first Postmaster, and, before the town was laid out, kept the office in his house near the site. After the town was laid out and a warehouse erected, he moved the office into the warehouse. The land upon which the town stands was entered on the 13th of May, 1820 by William Simmons. The town plat was surveyed by Joseph Hastings. Mr. Andrews was instrumental in getting the town established and laying it out, taking a lot for pay.

The first store was started by William Lamley, who kept groceries and whisky. It may be remarked here that Independence is a temperance town, and will not allow (since the Bowersox affair mentioned in another chapter) any saloon to exist in the place. Lamley’s store was a small frame building, near the rail road, in the north end of the town. He afterward erected a building, which is now occupied by Downing as a store, and started a. hotel. Joseph Geary kept this hotel. the first in the place. David Teeter erected a second hotel. John Diltz, a carpenter and present Postmaster, erected the next dwelling, and shortly after, Daniel Garber erected a shoe-shop on Main street. William Clapper erected the next building and kept boarders.

Gen. G. A. Jones came up from Mount Vernon, erected a warehouse, started a store and dealt in produce. In 1856, I. W. Pearce purchased the warehouse of Jones, conducted the business. and was also railroad agent. This gentleman at present keeps the principal store in the place, and does what banking business is necessary.

When the town was laid out, the schoolhouse a frame was a short distance south of town.

In 1868, the present building was erected. It is a two-story frame, and occupied by two teachers and about one hundred pupils.

In 1877, the village was incorporated, the first Mayor being J. M. McLaughlin; the second and present Mayor, George W. McBee.

There are four dry-goods and grocery stores, one hardware, one stove and tin, and several smaller establishments; two churches, one hotel, and a proper proportion of mechanics and professional men. The population is about four hundred. The place stands in a great land in the Baltimore & Ohio Railroad. – From “The History of Richland County” by A. A. Graham 1880