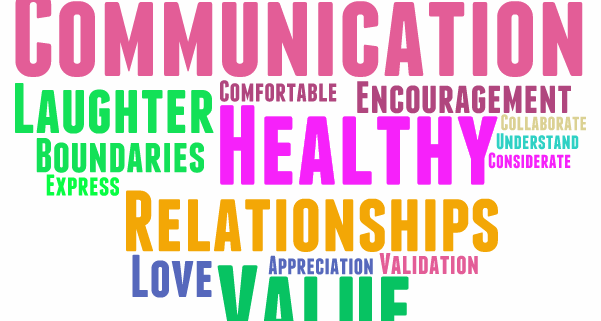 We are looking at what makes for a healthy relationship within the family, with friends, and at work. Of course, not everyone will be your BFF in real life but we all need to be involved in a number of healthy relationships so we can continue to grow and mature and become all that God wants us to be. God created us to be social creatures. We need other people.

Within the realm of relationships we have seen:

1> You want others to encourage you

2> You want others to appreciate you.

3> You want others to forgive you

Almost all emotional problems and stress come from unresolved conflicts, failure to have developed right relationships with people. Because of this, many people have a deep desire for total forgiveness. A forgiving spirit is the one basic, necessary ingredient for a solid relationship. Forgiveness frees us from guilt and allows us to interact positively with other people.

Earnest Hemingway, in his short story, “The Capital of the World,” tells the story about a father and his teenage son who lived in Spain. Their relationship became strained, eventually shattered, and the son ran away from home. The father began a long journey in search of the lost and rebellious son, finally putting an ad in the Madrid newspaper as a last resort. His son’s name was Paco, a very common name in Spain. The ad simply read: “Dear Paco, meet me in front of the Madrid newspaper office tomorrow at noon. All is forgiven. I love you.” As Hemingway writes, the next day at noon in front of the newspaper office there were 800 “Pacos” all seeking forgiveness.

There are countless Pacos in the world who want more than anything else to be forgiven. The two great marks of a Christian are that they are giving and forgiving. Show me a person who walks with God, and I’ll show you a person who has a giving heart and is forgiving of others.

The unfortunate truth is that many of us, instead of offering total forgiveness, pray something like this Irish Prayer:

May those who love us, love us;

And those who don’t love us

May God turn their hearts;

And if He doesn’t turn their hearts,

My He turn their ankles,

So we’ll know them by their limping.

People who find it difficult to forgive don’t see themselves realistically. They are either terribly arrogant or tremendously insecure. Though hanging onto a grudge gives some people a feeling of satisfaction, the truth is people who do not forgive are hurting themselves much more than they’re hurting others. A person who possesses this characteristic and keeps score in relationships is a person who is emotionally and sometimes physically under stress. We just are not wired to carry all the stress that goes with carrying grudges.

Too often people wait too long to forgive other people. Forgiveness should be given as quickly and as totally as possible. Do it now. It does not get easier over time, so the sooner you go and deal with the issues and become reconciled through offering forgiveness, the better off you will be.

Over my years in ministry there have been a number of times when I’ve experienced strained relationships. I have had people swear at me, tell me where to go, how to get there, and offer their assistance. But I have never knowingly let them walk out the door without telling them I love them. I don’t hold any grudges or carry any resentment against anyone. I cannot stress this enough: if you don’t have peace, it isn’t because someone took it from you; you gave it away. You cannot always control what happens to you, but you can control what happens in you.

A side note or two:

Many years ago I learned a truth from a book I was reading: “Unforgiveness is like you drinking poison and expecting the other person to die.” The only person unforgiveness really hurts is you.

Sometimes when we are in a long term relationship – a deep friendship or a marriage – and something goes wrong we see the other person go “historical.” Not hysterical but historical. They throw back in your face all the things that you did wrong over the  last number of years. This is a sure sign of unforgiveness.

Often, like the story of Paco and his dad, there is a need to make things right with a parent. Trust me, it is far easier to do that while they are alive than after they die. I became a believer a number of years after my father had died and there were some outstanding issues that had never been dealt with. As a believer I still needed to deal with them but, of course, without being able to talk to my father. Much easier to deal with issues while a parent is still living.