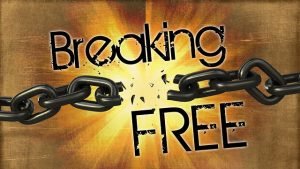 When I was in seminary many years ago – all right, many decades ago – I read a number of books by Paul Tournier. He was a Swiss physician, author, and pastoral counsellor. He wrote: “All of us have vast reservoirs of full potential. But the roads that lead to those reservoirs are guarded by the dragon of fear.”

One night Jesus took Peter on a real adventure. He put the disciples in a boat and sent them ahead of Him to cross the Sea of Galilee – a five-mile-wide lake. And then a storm hit. late at night, hours into the dangerous deluge, they were still labouring to get to the other side. That’s when they saw Jesus walking toward them on the water.

Matthew records Peter’s response… “Lord, if it’s you,” Peter replied, “tell me to come to you on the water.” “Come,” Jesus said. Then Peter got down out of the boat, walked on the water and came towards Jesus. (14:28-29)

You also may know the rest of the story. Peter has taken flak for two thousand years for taking his eyes off of Jesus and starting to sink. But, really he is the hero of the story. The other eleven disciples stayed in the boat and never even gave it a shot. They played it safe. They missed out on their once-in-a-lifetime chance to walk on water. The only reason: They were playing it safe. They lived with fear.

The only way to break the grip of fear is to get out of the boat. John Wimber use to say that faith is spelled R-I-S-K. Let’s look at the way we can treat that fear that keeps Christians wanting safety, security, and comfort and refusing to risk.

1> Stop saying no to everything just because it is scary

Everything the Lord has ever asked me to do was scary – and risky. But, early in my walk with the Lord I made a quality decision that regardless of what the Lord asked me to do, that the answer would always be yes. In fact, I told Him that before He asked me, before I knew what He was asking of me, the answer was “yes!” I believe that this is one of the key reasons He has used me as He has over the last 40 years since I was saved.

I don’t believe that the Lord wants any disciple to be comfortable. I know He sent the Holy Spirit to be “another Comforter” but the Greek word translated ‘comforter’ could as easily have been translated ‘challenger.’ But, because of the culture and the non-biblical way that Christianity is seen, understood, and lived the translators apparently decided not to rock the boat and use that word. Thus He becomes the Comforter and we become the comforted.

Sad, as we then miss out on the challenge and the stretching that was meant to be a part of every believer’s life. The Christian faith is meant to be a faith adventure. But wanting to be comfortable, safe, and secure … because of FEAR … causes us to play it safe as the eleven disciples did.

Fear is the darkroom where negatives develop. Fear will cause you to miss the best thing God wants to do with you. Your inability to move forward in faith because of your fear will prevent you from getting off the couch and living life as it was mean to be lived – a daily adventure of taking up your cross, following Jesus, and facing challenges with courage and boldness.