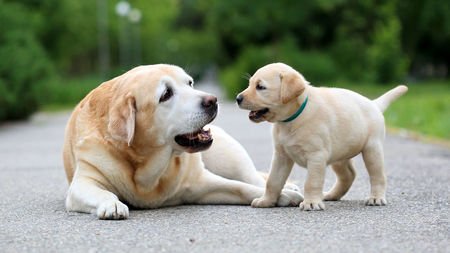 The Barna Group found that 68% of unbelievers would describe Christians as boring. I can’t handle that statistic. Jesus was many things, but boring was not one of them.

My point is simple: Our God is not boring!

So obviously the question is: If the Christ we follow isn’t boring, why in the world are we?

If you look around at those who claim to follow Jesus – believers – they really are generally very boring. They lack angst. They lack a faith that cost them anything. But, I think the situation is far worse than it looks.

I think many older Christians were once born-again Christians and now they are just bored-again Christians. They are waiting on the next message, the next conference, the next experience that will ignite their faith. All the while the Great Commission is at their doorstep. The reality is, we are bored because we are disobedient. I bet painters that don’t paint are bored. I bet dancers who don’t dance are bored. I bet writers who don’t write are bored. And I am convinced that disciples that don’t disciple are bored (and boring).

There is a true story I read just a few days ago. It is about a dog named DeSoda. When the owner’s children were young, he got them a puppy. This puppy, like all puppies, had a ton of energy and lacked a lot of wisdom. DeSoda always tried to run away when the door opened, always tried to jump on any stranger who walked in the home, and always barked obnoxiously. Then a decade went by. DeSoda was now an old dog and no longer a young puppy. His energy was gone. He desire for adventure was gone. Heck, he didn’t even care when a stranger walked in the house. He would just lift his head from the mat, give them a nod, and go back to sleep. In dog years, DeSoda was really old. The family was pretty sure he was going to die soon.

So the kids, now young teenagers, asked their dad, “Dad! Dad! Can we please have a new dog? DeSoda is so boring now! He never plays with us anymore. He just wants to sit around the house all day.”

The Dad conceded and got the family a new puppy. And the process repeated itself. The new puppy, Beau, had a ton of energy and no wisdom. Except one difference was, their puppy Beau had DeSoda to show him the way. Beau and DeSoda became really good friends; they were like peas and carrots. All the puppy passion and energy in Beau would get DeSoda to do things he normally wouldn’t do. DeSoda was playing outside again. He was modelling for Beau where to go to the bathroom. DeSoda was now wrestling with Beau. He had a renewed energy, and the kids could tell.

The dad noted, “The crazy thing is we thought DeSoda was going to die that year. It just wasn’t looking good for him. But he ended up living four more years. And I’m convinced it was because of Beau.” Then he said a profound thing we have all heard before but never in this way. He said, “You may not be able to teach an old dog new tricks, but you can give an old dog a new purpose.”

I just wonder how many old dogs in the Church are bored out of their minds, and their lives would be radically changed if they’d just find a young puppy.

That is what the Great Commission is all about. “Old disciple, go into all the world and make a new disciple (or two). Find a puppy and end boredom.”

There Is No Off-Season
Scroll to top