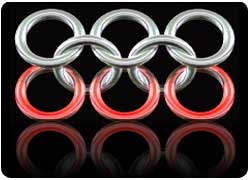 When a ministry team includes an apostle the local church will have the tendency to be apostolic in nature. The people will share the apostolic anointing that is upon the founder and apostolic team member. They will become “sent ones” working on the expansion of the local church, reaching out in the area of missions, and establishing Kingdom outposts or new churches for the Lord. END_OF_DOCUMENT_TOKEN_TO_BE_REPLACED

This is just an announcement that I am starting a “Daily Bible Insights” blog which will start each day with a scripture passage followed by my commentary on the passage and an application from that passage and commentary geared to your daily life and walk with the Holy Spirit.

It is my hope that these daily blogs will be an encouragement to you as you deepen your love relationship with the Lord and as you “study to show yourself approved” as Paul told Timothy to do.

Of course, your interaction with my thoughts and comments is encouraged and I do read and respond to each blog comment. Your comments will be posted within 24 hours and are usually followed immediately by a comment or two from me personally.

I am troubled by all three because I believe God, in the New Testament, set out His way to design and build a church. And often the reason why our worship services are lifeless and not life-transforming is that we have designed and built our services around the needs, desires, and ‘approaches’ of man instead of upon the blueprint and design God has for His House and His People.

God plainly states that His Church will be “built upon the foundation of the apostles and prophets with Jesus Christ as the chief Cornerstone.” (Ephesians 2:20). So, we need the ministry of more than the pastor, the teacher and the occasional traveling evangelist to built the church God’s way. We need apostles and prophets. And, we need them even before we need the other ministry and leadership gifts. Paul states “first apostles, then prophets, then teachers….” (1 Corinthians 12:28). It is time to build according to the pattern.

Yes, there are some traditional things that are good to hang on to. Jesus was not against tradition – simply against any tradition that took away a person’s ability to know and live the Word and relate personally and corporately to God. Jesus was not against being flexible and culturally relevant as He was very flexible – designing His teachings and examples for His current audience and thus was also culturally relevant. He was not, however, flexible on content of the doctrines or teachings that He shared. They were the Word of the Lord and thus not negotiable nor alterable. The early Church understood this as they gathered daily to listen to teachings from and based on the apostle’s doctrine (Acts 2:42).

Jesus was seeker friendly. If you were sincerely hungry for God and thirsting after righteousness – in other words, seeking after God – you would find a warm welcome from Jesus and you would be satisfied with what you heard and discovered. It was the hunger and thirst that made what Jesus taught and did acceptable and attractive – not the packaging that the activity came in. Seeker-sensitive churches could learn a great deal from the Lord on this one. Jesus said: “Blessed are those who hunger and thirst….” (Matthew 5:6).

We need to let Jesus build His Church. He states:”I will build My Church…” (Matthew 16:18). We need to let Him build it according to His blueprint. His plans are set out in His Word. Listen carefully.

And He gave some as apostles, and some as prophets, and some as evangelists, and some as pastors and teachers, for the equipping of the saints for the work of service, to the building up of the body of Christ; until we all attain to the unity of the faith, and of the knowledge of the Son of God, to a mature man, to the measure of the stature which belongs to the fullness of Christ. As a result, we are no longer to be children, tossed here and there by waves and carried about by every wind of doctrine, by the trickery of men, by craftiness in deceitful scheming; but speaking the truth in love, we are to grow up in all aspects into Him who is the head, even Christ, from whom the whole body, being fitted and held together by what every joint supplies, according to the proper working of each individual part, causes the growth of the body for the building up of itself in love. (Ephesians 4:11-16).

This is how the Church is to be built. He will draw those who are hungry and thirsting. The Church, if built properly, will have an adequate supply of spiritual food and drink to satisfy the hunger and thirst. People will be drawn to Jesus by the Father, convicted of sin by the Holy Spirit and born again and converted by the power of God. Then they wll be discipled by other more mature believers and trained to reach out to the lost (evangelism) thus continuing the process of winning the world one person at a time.

Overseeing this will be the five-fold ministry of apostles, prophets, evangelists, pastors and teachers. They will supply the spiritual leadership, give direction and bring the teachings while guarding the content of those teachings. They will equip the believers to do the work of the ministry and not simply be paid to do the ministry themselves. They will be equippers who train and release the church to minister the love of God supernatually to others. Then the Church will become mature, sound in doctrine, and protected from all the flakes out there who are teaching contrary to God’s Word.

It is time to not spend so much time on the packaging – it is time to focus on the foundation and the flow as set out 2,000+ years ago. If we continue to build the Church in our own wisdom and according to the current cultural standards and life-style then His life-changing power will not be found in the corporate assemblies. But, if we build it according to His standands and His way then He will come in power and manifest Himself every time we gather together in His name.