So, I read C. Peter Wagner’s report (see my Blog entitled “Watch Out For That Iceberg”) and it states that the purpose of the ordination service in June was to bring Todd Bentley into “apostolic alignment”. Does anyone know what “apostolic alignment” is? Am I the only one clueless as to what that term means – and thus what he (Peter Wagner) was hoping they would accomplish on June 23, 2008?

Obviously it does not mean accountability as those he was being aligned with were not aware of his ongoing marriage problems and thought everything had been dealt with. They were also surprised what Todd announced his wife wanted a separation (now supposedly simply waiting the required 9 months to be officially divorced) and that he was handing over the leadership of Lakeland to his interns. So, accountability and apostolic alignment are not connected.

My concern is that apostolic alignment means that Todd came under the “covering” (there’s another vague Christian word that doesn’t work) of these three leaders – Che Ahn, John Arnott and Bill Johnson. This is good if it means accountability and responsibility but considering they were all surprised by Todd’s situation and announcement – obviously “covering” is lacking either in definition or in some practical aspect of implementation.

One hopes it simply was not a way for three ministries to connect to and benefit from ‘another anointing’ that could help their local “movements” regain some steam and bring them into the mainstream media once again.

Here’s another issue – they “ordained” him a five-fold evangelist” for this move of God. Not sure that is biblical. I thought local churches ordained – not self-appointed apostolic councils.

Again, not sure I understand the term “evangelist” because from what I have seen and heard on the internet he is not winning the lost nor training others to win the lost. Tasks of a five-fold evangelist. The Lakeland “revival” is another “bless the Christians” event with believers flying in from all over the world to receive another “God-jolt” like they go to Starbucks to receive a “Caffine-I’m really with it” jolt (does anyone really like their coffee?)

Have you heard Todd’s presentation of the Gospel. It is very “me-centered” and deals with blessings, prosperity, healing, deliverance, and numerous other things that God will do for you. The Bible gospel is apparently missing or just mentioned in passing. Things like sin, repentance, godly sorrow, Lordship, justification, sanctification, seeking God, fasting, prayer. I have literally not heard Todd mention the need to be rescued from the prospects of Hell where all sinners are going without Jesus and the need for a Saviour and a personal relationship with the Lord. Angels, visions, Emma, wind, big names from the past who are dead (yet seem to continue to communicate with us), third heaven visits, revelations, dreams, picking up other people’s anointings – but a little ‘light’ or absent when it comes to the true Gospel of Jesus Christ. So, I question the need to ordain him an evangelist for this “move of God” as he is not fulfilling the tasks of a five-fold evangelist.

One more – I though ministers of the Gopel were to represent the Lord and His heart for the lost and for the saints? I mean, we train young prophets and prophetic types that an accurate message is important but so is the way it is delivered – as it must express the character and nature of the Lord. Pastors are to express the care and compasion of the Great Shepherd. So drop-kicking a sick man, choaking a sick believer, punching someone so hard you knock a tooth out (just because Smith Wigglesworth did it does not make it right – for him or for Todd Bentley), yelling, screaming, telling God that you (Todd) are not done yet and commanding God to move on your behalf, pushing people over (the old pentecostal touch) – need I go on?

Doesn’t sound like, taste like, look like, feel like God to me. How about, let’s see now, flesh! Or maybe theatrics! Or “playing to the camera” or stupidity – ah, that’s the one. And how stupid can believers be and still breathe – they put up with all this “done in the name of the Lord” crap and called it “revival”.

Maybe I am out of step with the Church world but none of this appears to me to be god-like or Christ-honouring. Thus, I have not been to Lakeland and would not cross the street to receive whatever it is that people think Todd and his crew are serving up!

These are exciting times to be alive in the Kingdom and working with the Lord as He moves mightily in nation after nation in the world today. As I either speak to or exchange emails with leaders and believers from many nations around the world I sense that God is truly doing great and mighty things in preparation for a worldwide move of His Spirit. This move will substantially touch every nation of the world. We are in the preparation stages before the release and we need to be listening carefully to the voice of God through the apostles and prophets. True apostles and prophets will be speaking of a time of cleansing and change; holiness and righteousness; integrity and veracity. END_OF_DOCUMENT_TOKEN_TO_BE_REPLACED 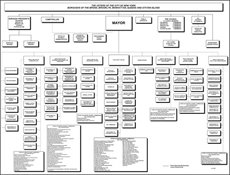 The Bible sets things in order for us. In respect to apostles in the Church it states:

1 Corinthians 12:28 : And in the church God has appointed first of all apostles, second prophets, third teachers, then workers of miracles, also those having gifts of healing, those able to help others, those with gifts of administration, and those speaking in different kinds of tongues. END_OF_DOCUMENT_TOKEN_TO_BE_REPLACED