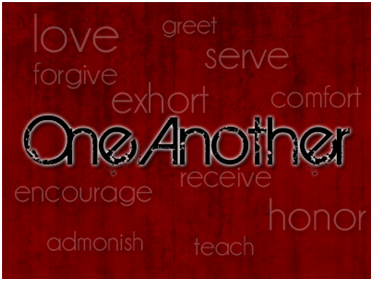 The Bible states, “Be devoted to one another in brotherly (Christian) love.” Romans 12:10

The Family of God

Being a part of a family is something with which most people can identify. This is why Paul wrote what he did in Romans 12:10. With the exhortation to “be devoted to one another in brotherly love,” he introduced the Roman Christians (and us) to another analogy to illustrate the functioning church.

He was referring to the family unit.  The “body” concept graphically portrays that Christians are “members one of another.” Each believer (no matter what his or her status in life) is necessary and vitally important in God’s order of things. The “family” concept gives us an even greater appreciation of what a functioning church should be. The “human body” serves as a beautiful illustration, but as with all analogies, it can go only so far in describing reality. Its more significant contribution is to illustrate how the church functions.

The concept of the family adds a dimension of warmth, tenderness, concern, and loyalty-in short, human emotion and devotion. Put another way, in using the “body” analogy, Paul drew upon the physical aspects in the illustration to emphasize the necessity of every member’s participation in the church. But when he used the “family” analogy, he was illustrating the psychological aspects of relational Christianity.

“Be Devoted to One Another in Brotherly Love”

The term “brotherly love” (philadelphia) refers to the love that should exist between brothers and sisters within family units. Applied to the functioning church, it refers to the love Christians should have for each other as brothers and sisters in Christ. We are also a family-the family of God! Paul acknowledged this when he prayed for the Ephesian Christians: “For this reason I kneel before the Father, from whom the whole family of believers in heaven and on earth derives its name” (Ephesians 3:14; see also 1 Peter 4:17).

The term “brothers” (adelphos) is used to refer to the “Christian family” approximately 230 times, throughout the New Testament, beginning in the Book of Acts.

The term is not exclusively used by Paul, but also by the other New Testament writers. Luke, James, and John use the term on the average as many times as Paul.

The word brothers literally means “from the same womb.” It is distinctly a “family term.” When it refers to Christians, it means “fellow believers,” “members of God’s family,” “brothers and sisters in Christ.” It means we have all been “born again” into God’s forever family. We are vitally related to each other through a common heritage. “In love He predestined us to be adopted as sons through Jesus Christ” (Ephesians 1:5).

“Be Devoted to One Another in Brotherly Love”

Paul’s use of the words, “be devoted to one another,” enhances and supports his emphasis on brotherly love and family relationships in the church. To “be devoted” literally refers to the mutual love of parents and children and husbands and wives. It could be translated “show loving affection” or “love tenderly.”

Thus the King James Version reads: “Be kindly affectioned one to another with brotherly love.” And Beck translates: “Love one another tenderly as fellow Christians.”

Paul’s point is clear. Christians are to be just as devoted to each other as are the individual members of a close-knit family unit. For we are a unique family unit.

We are indeed “blood brothers,” for in Christ “we have redemption through His blood, the forgiveness of sins” (Ephesians 1:7).

We all remember the story of Tom Sawyer and Huckleberry Finn. These two young adventurers signed a pact with their own blood, committing themselves to one another. Blood brothers would do anything for one another-even die for one another!

Christians begin as infants-babes-in Christ. We go through various stages of development. In our immaturity we can easily fall into patterns of self-centered behavior. But as we mature, our lives should reflect the nature of Christ. This is why Paul exhorted the members of “the Philippian family” to “do nothing out of selfish ambition or vain conceit, but in humility consider others better than yourselves. Each of you should look not only to your own interests, but also to the interests of others” (Philippians 2:3-4).