“Hate the sin, not the sinner” isn’t working. Honestly, I am not sure it ever did work. When hating the sins of others, people just simply don’t know how to separate the sinner from the sin. Let me encourage you to instead “Love the sinner, not the sin.”

Remove the word “hate” from your vocabulary, and start reflecting an image of Jesus that portrays Him differently than a man standing on a soapbox wielding a megaphone. I can’t ever recall a person who came to faith because of hate. Let’s start a movement of people who are willing to take hate out of the equation and love people regardless of their sins.

There are no regulations on who and when to love. Love is not ours to control, monitor, and divvy up. Love was never intended to be kept to ourselves. It was meant to be shared with anyone and everyone willing to accept it.

The idea of loving without limits may seem a little intimidating, but that’s the raw beauty of it. Sometimes loving people might not make sense, but it still makes a difference.

There is a man named Emmanuel, who was part of the Rwanda genocide in 1994. As part of the Hutu majority, he assisted in the killings of nearly a million people, and one of those people was the husband of a Tutsi woman. Emmanuel later came to find shame in his actions, and he then asked for the forgiveness of the man’s wife. Not only did she express that God had already forgiven him for his actions, but that she did as well.

What reckless love was shown through the actions of this woman. Where the rest of the world might give her an excuse to eternally hate this man, she instead harnessed the love of God and offered a place of forgiveness and grace.

All throughout Scripture we see Jesus loving people whom others deemed foul, broken, dirty, and unworthy. For us that may mean the homeless drunk guy, the prostitute hanging out downtown, the person in jail, the drug addict – even the convicted sex offender. People may criticize you for giving your time and attention to people who are ostracized or considered permanently broken. They may say it’s not safe, that they’re not worth your time, and that these people gave up the right to be treated well when they made their bad decisions. They said that to Jesus too. But while self-proclaimed followers of God sat back and criticized the openness of Jesus’ love for people, He called them out for their lack of it:

“And as he passed by, he saw Levi the son of Alphaeus sitting at the tax booth, and he said to him, “Follow me.” And he rose and followed him. And as he reclined at table in his house, many tax collectors and sinners were reclining with Jesus and his disciples, for there were many who followed him. And the scribes of the Pharisees, when they saw that he was eating with sinners and tax collectors, said to his disciples, “Why does he eat with tax collectors and sinners?” (Mark 2:14-16 ESV)

Take note that even the Pharisees and other religious leaders are confused as to why Jesus is extending love to those who are sinners, tax collectors, prostitutes, and thieves. The love Jesus showed to these people was without boundaries or regulation. He was giving it all to people who might not even recognize Him as the Son of God. The beauty of this is that Jesus knew these people couldn’t offer Him anything in return, and yet He still embraced their friendship and presence.

Jesus’ response to the religious elite was nothing short of jaw-dropping:

“And when Jesus heard it, he said to them, “Those who are well have no need of a physician, but those who are sick. I came not to call the righteous, but sinners.” Mark 2:17 ESV)

The sick, or the sinners, were the people who needed the most urgent shot of love. You probably have someone in mind right now who could be classified as one of “those who were sick.” Hey, it may even be you. But no matter the person or their beliefs, when you show them love, you show them the Spirit of Jesus Himself.

We often hear a sermon on all that Christ’s death on the cross accomplished for us. If you haven’t heard one recently it might be a good indication that you need to switch church fellowships and find one that majors on the Gospel of the Kingdom. Just a thought.

However, I can’t ever remembering hearing a teaching on things that are not ours because of Jesus’s death on the cross of Calvary. In other words, “six things Jesus didn’t die for.” So, let’s summarize them because there are many church assemblies that think – or at least live life – as if these are part of the work of Christ’s death and resurrection. These have become part of a number of false gospels preached in many churches in many nations.

Grace is never deserved, and it also is not to be taken advantage of. While God’s grace flows in abundance, this does not give us the right to missue it for the benefit of our selfish desires.  This doesn’t mean we are expected to be perfect, but instead progressing toward real righteousness, God’s way.

Titus 2:11-12 “For the grace of God has appeared, bringing salvation for all people, training us to renounce ungodliness and worldly passions, and to live self-controlled, upright, and godly lives in the present age…”

Whether in person, on social media, or even through the grapevine, Jesus did not die on a cross so that you could claim to love Him yet reflect an opposite result to others.

1 John 4:20 “If anyone says, “I love God,” and hates his brother, he is a liar; for he who does not love his brother whom he has seen cannot love God whom he has not seen.”

3> Jesus didn’t die so that we could pursue money, fame, and materialism

The cross points us to Christ, not creation. The gift of grace was not presented so that we could become infatuated by the pursuit of riches, titles, and glory. The cross of Christ gives us a new hope, a new vision, and a new purpose – beyond all that. We are called to be “not of this world.” As a Christian, your life should reflect an image of grace and selflessness, not greed and self-entitlement.

Romans 12”2 “Do not be conformed to this world, but be transformed by the renewal of your mind, that by testing you may discern what is the will of God, what is good and acceptable and perfect.”

A cross isn’t just a fashion accessory. The significance of the cross has more weight than any symbol in the world. And while many use this symbol as nothing more than a piece of bling, God highlights it as the very thing He sent His Son Jesus to die upon.

1 Corinthians 1:18 “For the word of the cross is folly to those who are perishing, but to us who are being saved it is the power of God.”

Biblically there is nothing wrong with having a Christian company. The problem is when one uses the same of Jesus to strictly make a profit, with no vision of expanding the reach of His hope and His Kingdom. It all comes down to one’s motives.

2 Corinthians 2:17 “For we are not, like so many, peddlers of God’s word, but as men of sincerity, as commissioned by God, in the sight of God we speak in Christ.”

Free from pain? Nope. But with strength to lean on during trials? Yes. Becoming a Christian doesn’t mean that life will be just peachy, but it does mean you will have Someone to rely on during times of pain and suffering.

There are so many other things we could say here …

Jesus didn’t die so we could have religion. Just the opposite. He came to destroy religion.

And, on the list could go. If you think of another one – jot me a note and we can together add to the list I have started…. 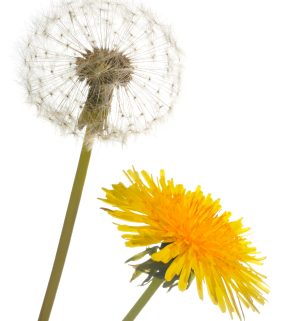 There are five stages of God’s relationship with man.

1> God and us … Adam and Eve walked naked in the garden with God. They had no shame. God and man lived in perfect harmony with one another. Unfortunately, this was short-lived.

2> God for us …After the fall, man couldn’t be in the presence of God. God, however, sent guidance. Whether He did it through prophets, judges, commandments, or covenants, God was still for us.

3> God with us … Then God took on the form of man. He sent His Son to preach the good news and call people home. His Son was born in Bethlehem, and His name was Immanuel, “God with us.”

4> God in us … As Jesus predicted, the temple was later destroyed (in 70 A.D.). Fortunately, God’s presence was no longer bound to a temple and accessed through a high priest. Jesus put an end to animal sacrifices when He became our sacrificial lamb. The temple’s curtain was torn. The altar closed. And the temple was multiplied. The cross of Jesus changed the church. God moved from being for us, to being with us, to being in us. We became the temple of God. And the Bible states, “Christ in you [is] the hope of glory” (Colossians 1:27).

This idea of God being in us is laced throughout the New Testament.

All these verses point to one revolutionary idea. The Church is no longer a place. It’s now a people. Wherever we are, there the church is. Basically, Christians turn buildings into churches. Churches don’t turn people into Christians.

According to the Barna Group, 71% of Christians say the main influence in their salvation was not going to church but a personal relationship with a Christian. This is so important for us to recognize, because this generation don’t trust institutions. But they will trust someone who represents one.

Things have changed in this generation. Young people don’t read the Bible. They read Christians. Although millennials and Gen Zers may not be going to the event on Sunday, they are meeting Christians throughout the week. They’re meeting us at their job, in their neighbourhood, in their daily rhythms. We have ambassadors all over the world. But many don’t realize they are called to be ministers of reconciliation right where the live, work, and play.

One of the issues is that churches are strong at gathering and weak at scattering. Barna found that within two years of conversion, 80% of Christians give up their former friendships with unbelievers. We subtly construct holy huddles. We become comfortable with the 99 and forget the one.

Remember, the Bible says, “How beautiful are the feet of those who bring the good news” (Romans 10:15). Not, “How beautiful are the churches we bring people to.” When we shift our focus from creating great temple experiences (Sundays) to training Great Commission disciples, we leverage the full benefits of the cross. After giving us His commission, Jesus said, “Surely I am with you always” (Matthew 28:20). So God is with is, because God is in us.

Do people in the pews live like this? What a shame if they don’t realize it’s “through the church [that] the manifold wisdom of God should be made known” (Ephesians 3:10).

5> God and us … One day Christ will return and all things will be made new. God and man, back in harmony. What a redemption story! The beautiful irony is that there is a fifth stage, which is simply a return to the first stage.

This is good news. This is worth sharing.