Oh, I prayed the prayers along with everyone else from the book of prayers during the Sunday morning service

Then I met Jesus and prayer took on whole new dynamic (November 9th, 1976) 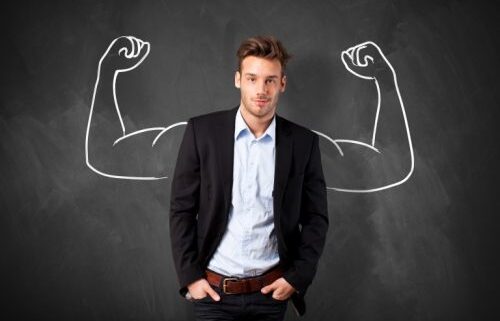 We have seen that to feel confident and appear confident in relationships and in life in general we need to:

1> Establish your worth according to God’s value system.

2> Focus on God and not on our situation

A> Confidence is not the result of an absence of problems.

B> Confidence is a result of trusting God in our problems.

4> Put a few wins under your belt

Another way to develop confidence is to put a few wins under your belt. Start with building on small successes and little by little you will tackle bigger and bigger challenges.

A few successful victories under your belt gives you the impetus to keep starching your abilities. If you keep winning, you may see yourself as a no-limits person. Repeated failures produce the opposite effect. You begin to see yourself as a hopeless loser. The best way to develop rational, well-balanced confidence is to go after a few victories immediately following a failure. Don’t allow yourself the luxury of wallowing in self-pity.

A great confidence booster is a personal victory list of past successes and achievements. This is a biblical concept. There are two Bible characters who practiced this: Samson, who became a total failure, and David, who became a great success.

In Judges 16:20 we see Samson’s victory list:  “And she [Delilah] said, ‘The Philistines are upon you, Samson!’ And he awoke from his sleep and said, ‘I will go out as at other times and shake myself free.’ But he did not know that the LORD had left him.”

There are two strong similarities between these two men. They were both chosen, ordained, and anointed by God, and they were both leaders of Israel at a time when Israel was battling agains the Philistines. But this is where it stops; Samson and David also had three distinct differences. These differences made one a winner (and confident) and the other a loser.

The first thing we notice about Samson is that he wanted to please himself. He lived life in the flesh, depending on his own strength and felt no need to rely on God, even when going into battle. He chose the road that always leads to ultimate defeat. Unlike Samson, David desired to please God. He knew that, left to his own resources, he was already defeated. So he called upon the Lord and went to battle with divine help. His weakness became God’s strength and he was assured victory.

Samson’s alienation from God not only led to his defeat, it ended his leadership. For David, however, this episode with Goliath was the beginning of his leadership. It was the incident that brought him into a position where God could greatly use him. Victory lists should give us confidence, not cockiness.

5> Quit comparing yourself with others

The following little story illustrates the point. A milk truck passes two cows grazing in a pasture. On the side of the truck are the words, “Pasteurized, homogenized, standardized, Vitamin A added.” Noticing this, one cow says to the other, “Makes you kind of feel inadequate, doesn’t it?” I think we have all known that feeling of inadequacy when we compare what we can offer with what someone else offers.

I am a reader. I always have been and hopefully always will be. In a good week I digest and absorb several books that help me to grow personally as well as in my chosen profession as a preacher and teacher of God’s Word. In a tough week when things don’t go as planned I manage to read, work through, and apply the truths I discover from one book. Setting aside regular reading time has been a habit of mine since I was in high school. There is very little that can derail that decision made many decades ago. Reading is, for me, one of the keys to personal growth. I read to grow and not to entertain myself.

I remember a quote I wrote down from James Allen’s As a Man Thinketh which said: “People are anxious to improve their circumstances but are unwilling to improve themselves; they therefore remain bound.”

If you focus on goals, you may hit the goals — but that does not guarantee personal growth. If you focus on growth – growing as a person in all aspects of life — you will grow and then always hit your goals. Most people can see the gap between where they are and where they want to be – who they need to be. The distance between here and there is a growth gap. And we all need to work through how we are going to bridge that gap.

Here is the one thing that is certain: To bridge that gap, to grow personally you have to be intentional. Personal growth, development, and maturity do not happen by accident.

In my research over the years I have discovered a number of misconceptions about personal growth and development that often hold people back from being as intentional as they need to be.  END_OF_DOCUMENT_TOKEN_TO_BE_REPLACED