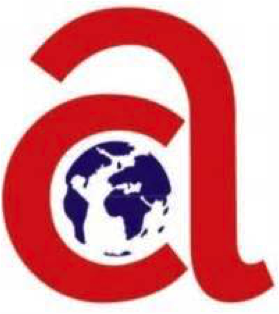 We have entered a season, in the Kingdom and thus in the Church, of major changes. Jesus, the head of the Church, is telling us that even though everything seems to be in order in the Church in this last season, we need to be ready for the changes He is bringing to His Church.

The Book of Daniel, an Old Testament prophetic look at the times we live in, tells us that “the people who know their God shall stand firm and take action” (Daniel 11:32). Another version states it this way, “They that know their God will do mighty exploits.” And, as true born again believers, we have a personal daily relationship with God and know Him.

When we were born again and the “wages of sin” were removed from our lives, we were given a special gift that the Bible calls eternal life (Romans 6:23). This gift is defined in John 17:3 as the supernatural ability given to us when we are saved to have a personal, daily, ever deepening, unique, love relationship with the Living God and Jesus whom He sent. So, according to the book of Daniel, because we know God we are to moving in supernatural power and seeing many ‘mighty exploits’ through our life and ministry.

Jesus said this as well. Speaking to His disciples He said, “Truly, truly, I say to you, whoever believes in Me will also do the works that I do; and greater works than these will he do, because I go to My father” (John 14:12). I believe we are in that season of “greater things” and we need to be leaving the old traditions and religious thinking behind (see the previous blog) and move forward in the things that Jesus is currently doing in and through His Church.

Jesus said, after Peter’s revelation of who Jesus was, “Blessed [happy, spiritually secure, favoured by God] are you, Simon son of Jonah, because flesh and blood (mortal man) did not reveal this to you, but My Father who is in heaven. And I say to you that you are Peter, and on this rock I will build My church; and the gates of Hades (death) will not overpower it [by preventing the resurrection of the Christ]. I will give you the keys (authority) of the kingdom of heaven; and whatever you bind [forbid, declare to be improper and unlawful] on earth will have [already] been bound in heaven, and whatever you loose [permit, declare lawful] on earth will have [already] been loosed in heaven.” Then He gave the disciples strict orders to tell no one that He was the Christ (the Messiah, the Anointed).”

Peter’s revelation direct from the Father’s heart released a prophetic word from Jesus about the work of the Church as believers walk in the authority that He has given to each one of us (see Matthew 28:18). I believe that as we respond to the move of the Holy Spirit we are now entering we will become truly apostolic in nature … moving in authority and power in the world seeing many come into the Kingdom and become true disciples of Jesus.

As a result we will build a new prototype of the Church for today. This new apostolic-prophetic Church will be aggressive and even ‘violent’ as we take the Kingdom by force (Matthew 11:12). We will unlock a Kingdom mentality that hell cannot withstand. There is an apostolic Church arising that will go beyond anything we have ever seen or known in the past. To understand this Apostolic Church I will be looking at the first apostolic church as found in the pages of the New Testament as we return to the original plan Jesus had for His Church – a plan that, in the history of the early Church, was soon derailed by the early leaders of the Church after the death of the original twelve apostles.

The Fullness of the Gospel