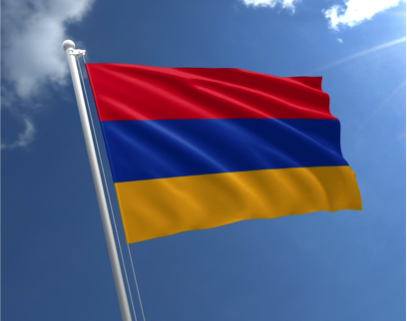 Ralph worked in a number of cities in the nation of Armenia for two weeks in March of this year. He visited and ministered in a number of churches where he had previously ministered in past trips. He was pleased to be able to renew relationships and to build new ones in each city. He also had a number of opportunities to minister directly to the leadership of several churches as well as the youth of the People of God Church in Yerevan (capital city) who met with him at their camp site for a day of ministry. 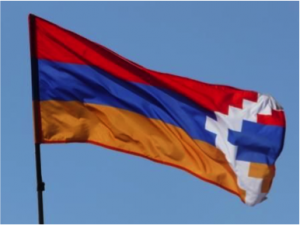 Flag of Nagorno-Karabakh (now known as the Republic of Artsakh)

During this trip he also had the honour of ministering for three days in the nation of Artsakh. This was his first visit to this nation and the 7 hour drive through the rugged mountains was breathtaking and amazing to say the least. He ministered in an amazing young church in this nation and prophesied over ever member while there for a number of services.