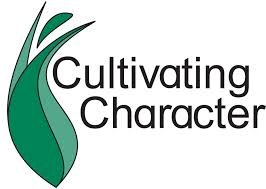 A new day is coming to the body of Christ, the Church that Jesus is building. It will be marked not only by an unprecedented release of God’s power and supernatural gifts, but also by a new level of reality. The Gospel message will be well received because the Gospel will be something we are living. Right now, in many places, there is a great difference between the message we preach and share and the way we live. You know, like someone who is 150 pounds overweight selling a new miracle diet pill that will help people lose 30 pounds in 30 days. There is a disconnect and thus no reality to the sales pitch. Many times it is the same today with the church.

A tremendous impact is released with there is a consistency between our walk and our talk, our behaviour and our beliefs. Neither God nor the world expects perfection from us – but they do expect integrity. Throughout the centuries , nothing has been more deadly to evangelism than hypocrisy. In recent decades this ‘hypocrisy bug’ has bitten many high-profile leaders in the Church. Though they may have had a compelling Gospel message, accompanied by impressive signs and wonders, their ministries were tarnished by scandals in their personal lives. They could have been noteworthy examples of apostolic leadership in the realm of evangelism, but their ministries were instead undercut by a lack of apostolic character.

You can read a lot of books on evangelism and never see much discussion about the need for apostolic character. It is easier to talk about methods and programs, activities and strategies. Yet often our methods have been find, but our ‘fragrance’ has been foul. Instead of projecting the sweet fragrance of Christ (2 Corinthians 2:14), we have put out an offensive odour that hinders people from receiving our message. To make things worse, we are usually totally unaware of the ’spiritual B.O.” we are carrying. Everyone around us notices the B.O. before we do.

A true apostolic perspective is concerned about the spiritual maturity and character of leaders and believers. The objective is not just to turn each Christian into a Bible scholar or someone who is adept at exercising the gifts of the Spirit in church meetings. Rather, Paul made it a high priority to see Christ formed in the lives of his disciples (Galatians 4:19). He told the Colossians of this quest to develop mature believers in Christ:

“Him we proclaim, warning every man and teaching every man in all wisdom, that we may present every man mature in Christ. For this I toil, striving with all the energy which He mightily inspires within me.” (Colossians 1:28-29)

A great tragedy frequently plaguing the Church is the disconnect between evangelism and discipleship. A discipleship that develops character as we move from justification to sanctification and thus become more and more like Jesus. Those who are passionate about evangelism (and, as apostolic people we all must be) are often unconcerned about bringing the converts to maturity in character.

Apostolic evangelism bridges this disconnect, linking passionate evangelism to effective discipleship. It recognizes that either one by itself is incomplete. It recognizes not only the priority of seeking the lost, but also of forming the converts into the image of Christ so that they live their lives according to what they believe – when their behaviour and their beliefs line up. Paul spoke of this in very confident terms, saying he as convinced God would complete the good work He had begun in the believers (Philippians 1:6). In fact, Paul said of believers:

To truly understand apostolic evangelism and the role of character, we need to go back to the roots…

From this foundational passage, we can see that God’s eternal plan for His people is summed up in the acrostic A-I-M:

A = Authority – We are to be under the Lord’s authority and then exercise authority over all the earth
I = Image – We are to be restored to the image and likeness of God, increasingly displaying the character of Christ
M = Multiplication – We are to reproduce, filling the earth with new converts, disciples, leaders, and churches

Do you see the integral role that apostolic character has in God’s eternal plan? The Lord has a passion for spiritual reproduction, but it is tired in with character. He wants to multiply those who are under His authority and in His image. That is how the glorious likeness of Christ is to be spread upon the whole earth.

If you work in an office and had to make 1000 copies of a certain document, you would be wise to first check the document for errors. If it had typos or had been damaged by coffee stains, you would want to remedy such blemishes before making many copies. In the same way, God very much desires to reproduce His people – But He also has a commitment to transform us into the image of His Son.

This does not mean that God is a perfectionist, for He certainly uses imperfect people to spread the Gospel. Nor does it mean that we should wait until we have perfect character before we start evangelizing, for we would be waiting a long time! However, we need to realize that there is a clear link between character and effective evangelism. The more we are conformed to the image of Christ, the more enthusiastic God will be about multiplying us. Other people, likewise, will be much more enthusiastic about receiving the Gospel form those who have good character.

One of the biggest keys to effectiveness in either evangelism or any ministry is simply this: People must want what we have. If we are living lives that make the people envious, they will readily receive our message. If, on the other hand, they are turned off by our lifestyle, all the eloquence and Bible knowledge in the world will be inadequate to convince them.

There will never be a genuine revival of apostolic evangelism unless it is accompanied by a revival of apostolic character. Before Isaiah was ready to say, “Here I am, send me,” his sins were purged by burning coals from the altar of God (see Isaiah 6:1-8). Before we can spread God’s message, it first must be allowed to do its work in our own lives as apostles and apostolic people.

13 Essential Characteristics of an Apostle

We Need to Be Careful
Scroll to top