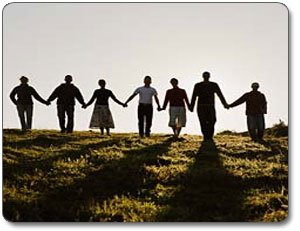 The same is true for the Church. When apostles and prophets minister properly, they will not be the center of attention, but the entire Church will display the nature of Christ and the power of God. They are foundational, supplying strength and stability and, at times, doing so from behind the scenes.

As well, when true apostolic and prophetic ministry is not functioning then the Church tends to divide and splinter over unimportant issues. An example of this would be the Church leaving the simplicity of Christ to follow after another gospel based upon prosperity and not righteousness.

The error of some apostles and prophets is that they have drawn attention to themselves and their gifts and have neglected their responsibilities to the Church. As a result, the whole Church suffers and the reputation of the office of the apostle suffers as well. This does not help the role of apostle to be accepted by the Church in general. However, this “extreme” is often the case when a ‘new truth’ is being rediscovered and reintroduced into the Church.

All this is for your benefit, so that the grace that is reaching more and more people may cause thanksgiving to overflow to the glory of God.  2 Corinthians 4:15

Therefore I endure everything for the sake of the elect, that they too may obtain the salvation that is in Christ Jesus, with eternal glory.  2 Timothy 2:10

Apostles and prophets are to have this mentality as they minister. They minister so that the Church would remain partakers of the grace of God unto salvation and that many find this salvation.

We must remember that the foundation supports the building. Apostles and prophets are to be the support of the Church. When apostles and prophets fulfill their tasks, local assemblies, churches, and organizations are healthy and vibrant. When they make themselves too visible or others exalt them then they are out of biblical order.

For by the grace given me I say to every one of you: Do not think of yourself more highly than you ought, but rather think of yourself with sober judgment, in accordance with the measure of faith God has given you. Just as each of us has one body with many members, and these members do not all have the same function, so in Christ we who are many form one body, and each member belongs to all the others.  Romans 12:3-5

Paul instructs the Romans that they were not to think too highly of themselves. However, the same principle applies towards apostles and prophets. We must remember not to think too highly of the apostolic and prophetic ministry. We would be wise to apply this advice to those who function in these important ministries. After all, God has given to every man a measure of faith to operate in – whatever ministry or gift he has.   Therefore the focus should be God and what He is accomplishing and not the people through whom he is accomplishing it. Therefore, because God is the source of all gifts, there is no need for the saints to think of anyone too highly.

Having said that, we are to give respect as well as honour to one another in the Body of Christ; especially to those who minister the Word among us – including apostles and prophets.

Give everyone what you owe him: If you owe taxes, pay taxes; if revenue, then revenue; if respect, then respect; if honor, then honor.  Romans 13:7

Paul told the Roman Christians that they were to give respect to the leaders in government. Whatever office they held he told them to give them the respect that the office demanded. The same applies to apostles, prophets, and other ministers. We are to respect them for their service in the Lord, especially those who labour for our spiritual well being.

If anyone thinks he is something when he is nothing, he deceives himself.  Each one should test his own actions. Then he can take pride in himself, without comparing himself to somebody else. Galatians 6:3-4

Apostles and prophets are not to boast about their labours as this can lead to pride and eventually deception. They should simply “test their own action” to see that they are truly and humbly fulfilling the call of God upon their life to the best of their ability – the Lord being their Helper.