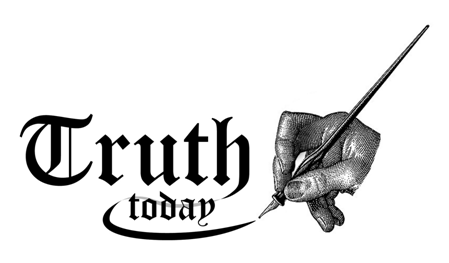 We have been looking at Jesus who was born “full of grace and truth” and have, for several weeks, been focused on the grace He came to demonstrate and the results of that grace in our lives today. I want to switch to the other half of that verse – because Jesus also came “full of truth.” In fact, in a number of places Jesus calls Himself the Truth as in “I am the way, the truth and the light” (John 14:6).
Today it is difficult to speak to people about absolute truth because most people, even people who say they are believers, no longer believe in absolutes – there is no such thing as black and white as everything is grey. When I was earning my first Master’s degree this was called situation ethics. Situation ethic teaches that there are no absolutes and no set of standard truths by which to judge behavior – truth is determined by the situation you find yourself in. The situation determines the ethics or moral decisions that you make. This is, of course, not biblical and what was once a matter of discussion over coffee after classes had ended for the day has now become the norm by which so many live.

As true disciples of the Lord we must return to the basics of our faith. The Christian faith teaches that we are to live by the standards, morals and ethics as set out in the Bible which is God’s Word and, as some say, the Manufacturer’s Handbook on how life is to be lived. The Ten Commandments, despite what surveys state, are still the standard by which our moral behavior is and will be judged. Yes, I know the argument that we no longer live under the Law but are under grace. And, of course, I agree.

The problem is that Jesus took the Law – the moral law known as the Ten Commandments – and reinterpreted them for those of us who live under grace and the new covenant. He took the commandment about physical murder and reinterpreted it with a much higher standard – that is you hated someone you have committed murder. He took the law that said you could not commit adultery and, under grace, reinterpreted it adding that if you simply lust after someone in your heart and never act out your lust physically – you have committed adultery. The standard of the Ten Commandments were not removed when we came under grace – they were taken to a higher level than ever before. And they still apply – at this new level – today!

So, there are still standards or truth that we are to live by today. And, as we follow Him who said He was “The Truth” He will give us grace and help to live by these higher standards because “he was born full of grace and truth.” We are not free to design our own standards and determine what is right or wrong – these absolutes have been set out for us in the written Word – the Bible – and simply need to be applied and lived out in our daily lives. We are to be people of the Truth because we follow Him who is the Truth.

You Will Know the Truth
Scroll to top