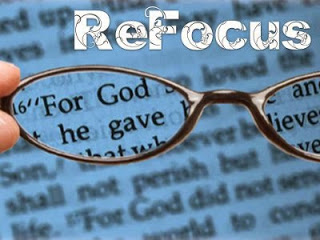 Continuing on from yesterday…

You might not be obsessed with your phone (or with money or things or whatever). But if you’re like most of us, you’re coming dangerously close to idolizing yourself. Disguised and subverted in our reverence for technology is this sense that it empowers us to do anything we want to do. Yep, those commercials for the latest phone, app, tablet, or laptop might as well promise superpowers.

Approximately 80 percent of what people do on social media pertains to themselves. This is why I say we might have an issue (problem) with idolizing ourselves. Think about the whole notion of selfies for a minute, a phenomenon that still fascinates and repulses me in equal measure, like some roadside accident on the information superhighway. I don’t think the word selfie even exited a decade ago. Yet in 2013, the Oxford dictionary crowned it as their “word of the year.” Seemingly out of nowhere, selfies have become an obsession for so many.

Pamela Rutledge said on PsychologyToday.com, “Selfies frequently trigger perceptions of self-indulgence to attention-seeking social dependence that raises the damned-if-you-do and damned-if-you-don’t spectrum of either narcissism or very low self esteem.” It’s not unusual for selfies to fill the vast majority of most teens’ Instagram albums. This may be ‘normal,’ but it’s certainly not healthy.

This story makes me unbelievably sad:

Danny Bowman [a British teenager] says he became so obsessed with trying to capture just the “right” selfie that he ended up shooting about 200 pictures a day trying desperately to get a perfect representation of himself. And when Bowman failed to take what he perceived to be the perfect selfie, he attempted suicide with an overdose of drugs. Prior to his suicide attempt, Bowman says, he estimated he spent about ten hours every day taking selfies.”

When we contrast self-centredness with what God requires — selfless surrender — the difference is striking. Jesus didn’t say, “To be My disciples, you must promote yourself.” He says just the opposite. Jesus boldly proclaims, “Whoever wants to be My disciple must deny themselves and take up their cross and follow Me. (Matthew 16:24 emphasis added).

Our culture says show yourself. Jesus says deny yourself.

If people looked at your Facebook page, your Instagram pictures, to your most recent tweets, what will they see? Look over what you’ve posted, pinned, and tweeted in the past week or so and be as objective as you can. Do you see a humble, other-focused, Christ-centered disciple? Or do you see someone other than who Christ as called you to be?

So, to be honest, if you are checking multiple times a day to see what people are saying about you, let’s call that what it is: idolatry. If your identity comes more from who follows you, who Likes you, what they say and what they think about you rather than who God says you are, it’s time to refocus and reprioritize.

Of you might be a person who compulsively checks emails. Any time you see one come in, you just have to know what it says — immediately. Or maybe any time your phone buzzes, beeps, or dings, it draws you by some seemingly unstoppable force. If so, pause to consider: Are you drawn to the things of God in the same way? Or has the magnetic force of your phone become a stronger force in your life than the promised present of God?

Most young people know that their obsession is distracting them from God. Let me ask you to be honest. Do you think more about what God says in His Word or what people say on your feed? How much time do you think about God versus what to say online? Work hard to tell the truth. No matter how tempting it is to ignore Him, if God is trying to get your attention, don’t  shake Him off.

Have you made a good thing into a supreme thing, even above God?

David asks this question and then, inspired by God, he answered it:  “Who may ascend the hill of the Lord? Who may stand in his holy place? He who has clean hands and a pure heart,

who does not lift up his soul to an idol or swear by what is false” (Psalm 245:3-4 NIV 1984). This imagery of lifting our souls to an idol strikes me. Are we trading our worship of the Trinity for something more along the lines of 5G LTE?

Is it possible that our soul, the part of us that no one sees but God, is secretly elevating our online presence above His eternal presence? Are we constantly pursuing something evasive? A black hole of empty promises? Are we believing that more of something other than God will fulfill us, satisfy us, and bring meaning to our lives? Is it possible that we’ve lifted our soul to an online idol? If we have, our soul still longs for more.

God is a jealous God. He wants to be first, above all else in our hearts and lives. So be honest about social media, or any other area of your life that you have put above God. It’s time to tear the idols down.

And it is a time to refocus and reprioritize in your life right now. A time to take a deep, honest look at who you present yourself to be and then who you really are. Contrast those two pictures with whom Jesus calls you to be. Yup! Tine to make some changes and adjustments.

A Time to Refocus and Reprioritize – Part One