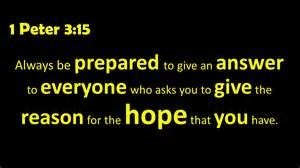 Paul is in the city of Athens (Acts 17) and he is astonished at how religious the city is and how many different gods they worship and serve. Of course, Paul knows that none of these regional gods can do anything to help those who believe in them as they are man-made and have nothing to do with the living God as found only through Jesus Christ. So, while waiting for his team to arrive he begins to confront the religious spirits with the Gospel of the Kingdom in what was “a junkyard of idols” (Acts 17:16 The Message Version).

Most of us who know the story focus on his presenting the Gospel of the Kingdom in front of those who were at the Areopagus. Here he could present his message to the people who gathered there to hear any news from other regions of the Roman Empire. But this was also a gathering place of the “thinkers” and “philosophers” of the region. They gathered to argue the finer points of life and religion. So, a presentation to a decent-sized crowd like many evangelists still do today. And a discussion with the thinkers of his day. Sort of the stereotypical understanding of evangelism and the work of an evangelist.

However, Paul had already been sharing in the places where those of the Jewish faith were accustomed to meet. In other words, he went to his own people first. And, there he found some who were interested in his message. This was usually Paul’s first stop in most cities he visited. And, He had also been sharing on the streets with those he met daily in his walks through the city.

Acts 17:17 “He discussed it with the Jews and other like-minded people at their meeting place. And every day he went out on the streets and talked with anyone who happened along” (The Message version)

It was not a program or an activity he did twice a week – it was simply the way he lived life. And, this is in line with the words of Jesus who said, “You shall receive power after the Holy Spirit comes upon you and you will be my witnesses…” (Acts 1:8). To note: we do not “do” witnessing – we are to “be” a witness in the way we live and in what we speak about to others.

So, Paul would simply speak to anyone and everyone he met who would give him the opportunity to share about the good news of salvation through Jesus’s death and resurrection. He did not wait for the big crowds and the public arena. He did not wait for “Tuesday night evangelism outreach night.” He simply shared Jesus with people he met as he went about his daily activities in the city. And, this is what Jesus calls us to do as well.

In Matthew 28:19 Jesus said, “Go into all the world and make disciples…” We often see this and even interpret this as something anointed men and women called of God into full time ministry are to do. You know, go to different nations on mission trips to share Jesus. Really, the intent of these words was, ‘As you go about your daily, every-day life, tell others about Jesus and make disciples. The Message Version puts it this way, “Go out and train everyone you meet, far and near, in this way of life…”

We are all called to do as Paul did. Sharing Jesus is part of the way Christians are to live. It should be a natural overflow of our love for Jesus. It must be rooted in our understanding that without a personal relationship with Jesus a person is without hope now and has a final destination called hell. A life-style of telling others about Jesus is simply an overflow of our love for Him and our concern for those who do not yet know Him.

So, we are not looking to fulfill a program but simply to live a life that leads other to discover and receive Jesus. This starts with living a radical and different lifestyle but must always include speaking up and telling others about the Gospel of the Kingdom and the hope that we have within us (1 Peter 3:15).

What is Normal Christianity?
Scroll to top