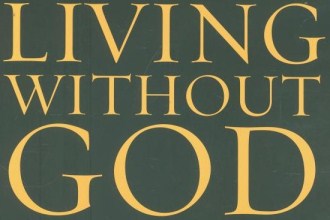 Because of this many Christians can’t make sense of what God is doing or not doing in their lives. He seems absent from the daily details and the grind of life. Because of this they have adopted a worldview known as dualism. In this belief system, life is divided into two categories: the religious and the secular. The religious side includes all situations in which God is perceived to be interested or directly involved, such as charitable activities, acts of service, and benevolences performed in the Name of God.

All the other activities are then lumped into the secular category, which can include work, community, recreation, friendships, and family, to name a few. Secular then becomes the catchall for everything that is not directly related to their religion. It is a place where people put the parts of their lives that they determine are not of interest to God. As far as they’re concerned, He doesn’t want access to them, nor do they concern themselves with surrendering these parts to Him.

A person governed by the philosophy of dualism gives a portion of his or her life to God but maintains control of the rest. He does his part when it comes to religious duties, such as attending church, but he fails to take an active role in conforming his whole life to the image of Christ.

Life does not work that way. God is not satisfied just selling eternal fire insurance. He is actively interested in every aspect of our lives. He wants to transform us from the inside out to reflect the character of His Son. But when a person consciously or unconsciously chooses a dualistic approach to life, he locks God out of portions of his life. As a result, he can never make sense of the circumstances of life. God appears as a distant, uncaring Creator. Life is governed by luck and random chance.

Most people who adopt a dualistic worldview do so by default. Since they can’t see evidence of God in their circumstances, they assume He is not there. Why? Because they’re looking in the wrong place. They’re looking on the outside while He is busy on the inside. That’s not to say He is not active in our circumstances –  the outside, regular, every day world. But generally, His work externally is a means to an internal end.

Let’s face it. It’s a lot easier to focus on career, family, and friends. At least we can see how all that works. We can see when we’re making progress or when something needs attention. But real life begins on the inside, where God is always at work. The danger for you and for me is that we’ll miss out on what He wants to do — all because we measure His love and activity by an external standard that totally ignores the focus of His work. And all along, if we’re believers, He is inside pushing, pulling, working, to create something wonderful from the inside out.

All of us have wondered at times why God doesn’t do more to fix our problems. But our human eyes often fail to see that God isn’t rushing to change our circumstances because He is concerned with a much more serious problem — our character.

While you struggle with the woes of this world, God’s main occupation is preparing you for the world to come. The focus of what God is doing in your life takes place in you, not around you. And for good reason.