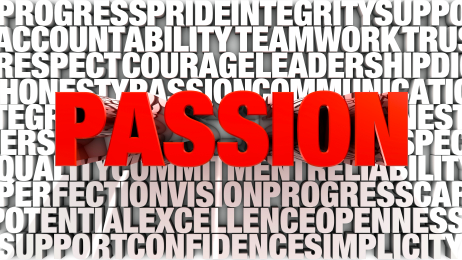 Killer Dana was the most notorious wave in California. When it was really ripping and roaring, the best surfers in the world gave it plenty of distance. Legendary surfers knew that given the traditional techniques of their sport, that wave was more than they could handle.

Then came a teenager to prove them wrong.

In 1953, a boy named Phil Edwards paddle out toward Killer Dana beside the best surfers in the business, and people gasped. Was this kid crazy? He wouldn’t last three minutes against the tightest wave the West Coast had to offer.

But Edwards came right at Killer Dana behind amazing, award-winning suffers and shocked the rest of his party of suffers by cutting back into the foam. The rest of the surfers were riding their boards back to the shore – after all, that’s how it was usually done. But Edwards challenged the wave with a style and artistry that gave birth to a whole new sport: performance surfing. He quickly became the great superstar of the sport, just at the time when surfing came into its own in the popular imagination through movies, Beach Boys songs, and California culture.

Edwards was unimpressed with the crowds. “There are uncounted millions of people who now go through life without any sort of real, vibrant kick,” he said. He gave these people a name: “the legions of the unjazzed.”

He was talking about people who live their entire life without taking risks. “There is a need in all of us for controlled danger,” said the surfboard philosopher. Edwards believed that life is lived out where the foam is breaking, out where it’s easy to take a tumble and get a mouthful of salt water. In his lingo, to face that kind of excitement is to “be jazzed.” Even the best practitioners of his sport, in his view, were taking it easy, avoiding the risks.”

The passionate life, the life Jesus has called His followers to live, is about playing to our potential — giving it the best shot we have, even when the odds are against us, even when we’re weary, even when nobody else advises it. Passion pushes us forward as it did Phil Edwards. Athletes call this effort “leaving it all on the field.” But as we all know, sometimes a team doesn’t’t play to its potential. Sometimes an army doesn’t give its best fight. Sometimes we are all numbered among the legions of the unjazzed.

I’m talking about the sinister cancer of passivity that is so prevalent in the life of individual believers as well as the local church. This cancer slowly but inexorably squeezes the passion out of our life. I’m talking about how the adventure, excitement, and fulfillment we all crave is smothered by the wet blanket of apathy, indifference, and stoicism. The passionate life is one of activity, enthusiasm, and energy. Passivity shorts out all the circuits and leaves us bored and in a rut. Ferdinand Foch, marshal of France at the turn of the twentieth century, said, “The most powerful weapon on earth is the human soul on fire.” Passivity snuffs out that vital inner blaze.

Passivity doesn’t only attack our spiritual life. It is just as easy to slip into a passive lifestyle in our relationships with family and friends, in our work, in our activities and ministries at church, and in our extracurricular activities. In fact, if these other areas of our life are marked by apathy, boredom and a Who cares? attitude , it’s a sure bet that the vitality of our relationship to Christ has dwindled to a simmer. Unleashing the power of a passionate life begins by defeating passivity in our heart towards God.

In the book of Revelation, Jesus spoke pointedly to two groups of Christians whose once-fiery passion for God and for life in general had cooled to a mundane and ineffective existence. I believe the churches in Ephesus and Laodicea demonstrate two stages many of today’s churches and individual Christians go through in the decline from passion to passivity.

Sometimes I Am Not Patient