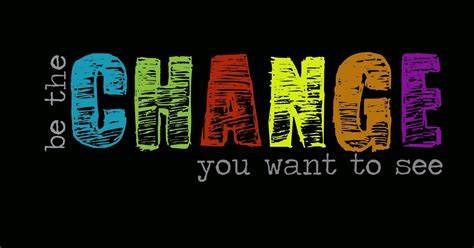 Many years ago I heard a phrase that has stuck with me ever since. The phrase was, “Find a need and meet it.” Good advice then when I first heard it and still good advice today. Often in the Church we see people struggling to determine the calling on their life. What is it that God wants them to do? Of course, they are thinking about being a pastor, an evangelist, a teacher of the Bible… But, they have no idea how to really find out what it is God wants them to be doing.

Well, it is simple really. Live life to the fullest engaged with others and the real world. As you engage with and embrace life you will find a need and meet it. Then, in the process of helping others, you will sense, feel, and discover what it is that God is calling you to do. That one, unique thing that you were created to do. Often you will find this ‘one thing’ almost by accident as you live life and meet a need.

One Sunday afternoon in 1771, a man named Valentin Haüy ducked into a restaurant in Paris for dinner. He sat near the stage, and the show that evening featured blind people in a comedy routine. They were objects of ridicule and cruelty. The act was designed to make fun of their blindness. Deeply offended, Haüy began to develop a burden for the blind.

Sometime later he spotted a sightless street urchin who was begging for coins outside a Parisian church. Giving the boy some money, Haüy was amazed to see the boy feel the raised markings on the coins to distinguish the amounts. That gave Haüy an idea. Why couldn’t books be written with raised letter, like images on coins? Why couldn’t people learn to read with their fingers? Haüy took the boy off the streets, offered him food and shelter, devised a plan with wooden blocks and numbers, and taught the boy to read. In 1784, Haüy started the world’s first school for blind children. It was in Paris, and one of the first teachers was the blind boy rescued from the streets.

But that’s just the beginning.

Several years later, another boy named Louis was born in the village of Coupvray, France. His father was a farmer and harness maker, and as a toddler Louis loved watching his father work with leather tools. But tragedy stuck in 1812 when three-year-old Louis was playing with a leftover strap of leather, trying to punch holes in it. His hand slipped, and the sharp tool punctured and put out his eye. An infection set in that spread to the other eye, and little Louis ended up blind in both eyes for life.

A local minister names Jacques Palluy loved the boy and began visiting him to read to him the Bible. Seeing the boy had a good mind, Father Jacques determined he should receive an education. So at age ten. Louis was enrolled in the school Haüy had established in Paris, where he proved to be a brilliant student.

Eventually Louis began teaching other students in the Paris School for the Blind. He studied Haüy’s method of reading, and he also became aware of a system of military communication developed by a French army captain that allowed soldiers to communicate in the dark by running their fingers over a series of dots and dashes. Though still a teenager, Louis Braille began adapting these systems into a program of his own; in 1829, at age twenty, he published a little book on the Braille method of reading.

The school resided in a damp building by the River Seine. It was cold and unhealthy, and the food and conditions were poor. Louis developed tuberculosis, but he continued working on his system of reading, which began catching on and soon was being exported around the world. As his health failed, Louis said, “I am convinced my mission on earth has been accomplished, I asked God to carry me away from this world.”

Think of the chain reaction of that cascading dream. One man developed a burden for the blind when he saw ridiculed actors on stage and a begger boy on the streets. He was just going about his normal, every day life and was impacted by something he experienced and this led him to seeing a need and meeting it. We call that having a ministry. His burden led him to establish a school and attempt a system of reading. Then a local pastor developed a burden for a blind boy in another village (saw a need and met it) and taught him the Bible and longed to send him to a school. That blind child, Louis Braille, developed a burden to improve and to expand Haüy’s work. The world was changed, and as a result, millions of sightless souls have experienced the joy of reading the Bible and other books for themselves for almost two centuries.

So, as believers we should simply live life to the fullest and along the way be sensitive to the needs of others. When we spot a need, step in and work to meet it. You will then be ministering in compassion as Jesus did and using your talents and skills to meet the need that you encountered. This is real ministry.