I was recently involved in an event that caused me to pause and think deeply after it was all over. It involved a number of other believers and a series of short, friendly conversations, a lengthy conversation, and then an opportunity to just sit around and listen to the conversations going on around a large table as people drank coffee and ate.

As I pondered the 90 minute event afterwards I was deeply aware of a number of things… just observations and not wanting to be negative or condescending towards any particular branch of the Church.

1> Christian leaders are seriously focused on their ministries and what great things are happening through them. They don’t seem to want to let others see their heart and their hurts.

2> Christian leaders apparently prefer to stay on the “professional” side of their life and don’t share about how they are doing personally in life and in their walk with the Lord. It is like ‘plastic people’ sharing a ‘good old plastic Jesus.’

4> Leaders are very careful – maybe too careful – to be politically correct and because of it the conversations remain on the surface and tend to be somewhat plastic. And, when in the public eye and being heard by others –  it seems that the greater the “political correctness” the less empowered the conversation and the more watered down the Gospel becomes – reaching the point of powerless to change lives.

5> Maybe we are really not that different than those who don’t know Jesus. Not sure as personal thoughts and aspects of our personal life were simply not shared.

6> The Christian faith appears to be a thin veneer that is coating regular life. In other words, scratch the surface and we live and act like those who don’t believe in Jesus except we maintain a respectable Christian persona when in public. Which, by the way, appress seriously unreal.
7> Any non-believer listening to us speak might have wondered who and what the group was all about – strange language, some were dressed strangely for the time of day and the location, and just ‘other worldly’ and somewhat unreal.

8> It seems that we are simply a sub-culture of the regular culture and no longer a radical and revolutionary counter-culture as we are called to be.

9> There was a sense of the spiritual or religious that caused the conversation to lack any contact with the reality of those who do not know Jesus personally as Lord and Saviour.

10> There was a lack of listening. In my mind it seemed liken one was really listening to anything anyone else was saying. It was like others were an interruption and they simply did not respond to what was being shared – jumping right into what was on their mind about their ministry.

11> Walking away there was no feeling that anyone had connected with someone else and we were simply leaders who did not really care for each other and who preferred not to connect and care.

The day before this experience I had met with a group of young people. In contrast to the meeting above the conversation was real, realistic, enjoyable, with fairly good depth, dynamic in its own way, everyone was real and no one was trying to impress anyone.

Just a group of people hanging out together sharing life and being real, open, transparent, and honest. Everyone was challenged; people were connecting with each other; personal things were being openly shared and discussed; compassion and concern were expressed and received. And, it left people feeling affirmed and accepted. Those involved – all non-Christians except me.

Sometimes I sit and wonder. Sometimes I just sit. At times I stand in amazement at what passes today as “Christian.”

He ministered in two campuses of the local church, an Armenian church plant, and a weekly service for four rehab houses for recovering drug addicts who come together weekly to worship and grow in God’s Word. As well, on Sunday he ministered in two other cities in churches that relate to the church in Yaroslavl. 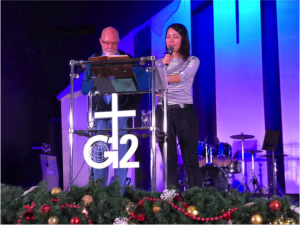 teaching through one of three amazing interpreters 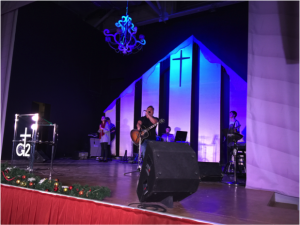 Worship was a vital part of every service and the presence of the Lord was powerfully experienced each and every time. 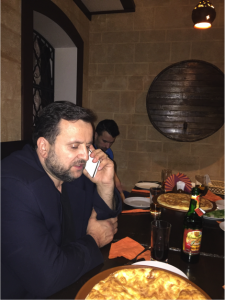 Pastor Andrea – a wonderful and godly man and leader of this large church he planted 25 years ago…. 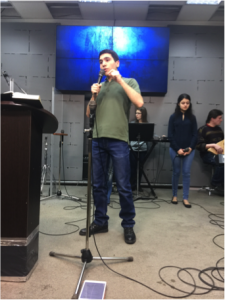 pastor’s son teaching at the offering 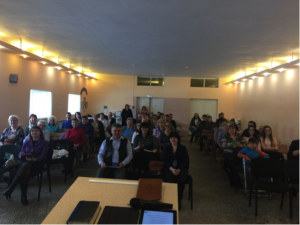 Working with an Armenian church plant 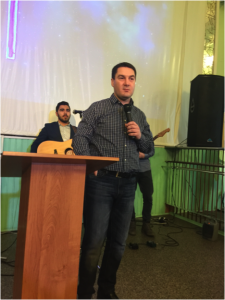 The pastor and part of his worship team 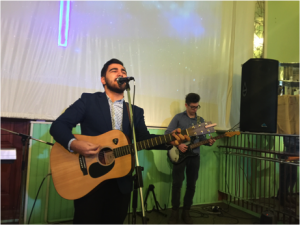 Singer and guitarist is another of the pastor’s sons. 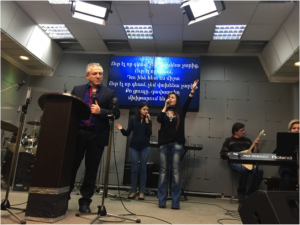 A campus church of the main mother church …

Ralph travelled to Ohio in January to attend the wedding of a young man whom he mentors and is building a powerful friendship with. Jacob and Ariel Wachtel – January 28th, 2017. While there he also ministering at The River Church in Butler, Ohio and continued his work among the elders and leaders of that local church. As well, he ministers at a joint meeting of the Ohio House Church Movement. 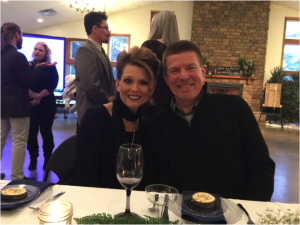 Ron and Darla – leaders of a number of house churches in Ohio. 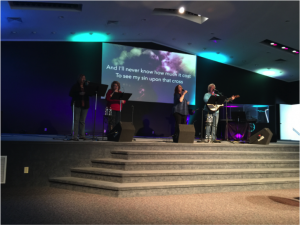 The Sanctuary of The River Church in Butler, Ohio