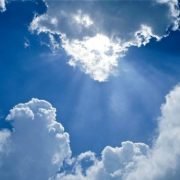 N.T. Write, a Bible scholar and serious disciple of the Lord, wrote: “I believe that the closer we get to the original Jesus the closer we are to recognizing the face of the living God.” How true!

However, to really see the original Jesus we need to pray against and take off religious glasses so that we can see clearly who Jesus really is. Religion has painted a seriously distorted picture of the real Jesus. They have made Him sweet and nice and not radical and commanding attention. They have made Him soft and cuddly and not One who is Lord of the universe and thus strong and powerful. They have turned Him into a God that winks at indiscretion and sin and not One who judges and demands (strong word) holiness and obedience.

END_OF_DOCUMENT_TOKEN_TO_BE_REPLACED 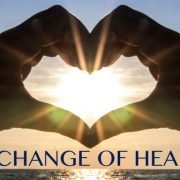 Jesus said, “The time is fulfilled, and the kingdom of God has come near; repent, and believe in the good news.” (Mark 1:15 NRSV)

Jesus said, “Repent, for the kingdom of heaven has come near.” (Matthew 4:17)

To “repent” means to have a change of heart resulting in a change of mind; to look at things from a new point of view; to think about things differently; to change your current course in light of the new perspective.

END_OF_DOCUMENT_TOKEN_TO_BE_REPLACED

We might expect him to draw megachurch crowds. Certainly, the buzz of curiosity followed Him, and He could gain and hold the interest of thousands-and all ages. And yet it’s hard to conclude that He sought the crowds. There’s no hint that He was particularly invested in attendance figures. But surely the numbers would grow and grow rapidly and we would need to be making major adjustments to welcome everyone and connect with them.

Within the crowd would be a lot of different people – people we don’t normally see in our churches. The disenfranchised, the broken, those the world has forgotten or rejected. They will smell different, dress differently, live differently… and we will find our values and our lifestyles seriously challenged and maybe even feel threatened by it all. It will definitely cause us to consider making some changes – maybe even force us to change.

If Jesus led your church or mine, people would surely seek His pastoral care – His touch, His compassionate words. He could not only empathize, but He had the power to act on His empathy. He could look at an individual and point the path to wholeness. Many more lives would be changed – permanently changed.

Even administrative details: He might not obsess about them, but it’s easy to see Him identifying just the right person and setting them free to thrive, tracking details and attending to issues before they were concerns.

But where can we most readily visualize Pastor Jesus devoting time and attention if not there: we would finding Him standing in the center of small. I mean, is there anyone before or since who better understood the return on investment in a handful of people? Because He first invested in them, a fledgling group of followers would stand in the gap, pick up the initiatives of leadership and change the world in His absence. He invested in the 12 and they gave Him a tremendous return on that investment.

And where does change most often begin? Not with one person standing before the crowds, but with one investing time and energy in one. It is called discipleship and it is the key to the new Church that Jesus is building. I know it is a current buzz word in the church worldwide but it is what Jesus is emphasizing right now. And, each and every leader (and even ever believer) will need to be in the process of being discipled by a more mature disciple as well as discipling someone who is younger in the Lord than they are. It’s not a new program – it is basic to the lifestyle of a true disciple. It was for Jesus and should be for us!

And I’m thinking again how church would change if Jesus stepped from the shadows and assumed hands-on leadership at your church. Or mine. And I’m thinking, maybe He would not do that. Maybe He would be content to continue to do precisely what He does now: Stand on the sidelines and cheer you on as you do your best for Him.

“I often wonder if religion is the enemy of God. It’s almost like religion is what happens when the Spirit has left the building.” Bono

Religion is what happens when the “Spirit has left the building.” No doubt in my mind whatsoever. It is simply people, even those who call themselves born again believers, going through the motions without the emotions. Afterall, worship is an expression of our love for the Lord and so should be done from the bottom of our heart and with all of our soul (which includes our feelings). This is simply the Greatest Commandment.

Religion is, as it was in Paul’s day, people holding to the outward form of our faith and denying the life-changing power of it. In other words, calling themselves Christians but never really changing.

Religion is when we look for all the benefits that can come to us as a result of our faith and yet never look at any of the obligations and commitments we are to make as disciples of the Lord. When it is all about us and not about Him it is religion.

Religion is when we are comfortable with what we believe, who we are, and the way we live – in fact, justify our lifestyle as something God is blessing us with because we are believers.

Religion is simply self-deception and the way people make themselves feel good and justify a way of life that is neither biblical nor pleasing to God.

There is a lot of religion today – and very little life! The Spirit has truly left the building…. 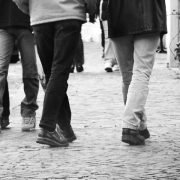 STARTING THE FLOW OF MISSION FROM ANYWHERE

I know what many of you are thinking at this point:  “I understand what you are saying and I wish I could just start over with such a clean apostolic understanding and a missionary flow, but I’m slammed! I lead one of these structured churches right now and our corporate paradigm is pretty non-missional and definitely non-apostolic.  In fact, our structure calcified into a hard lump of coal ten years ago. Is there any way for us to be this stuck and move toward missional ways of church? Can we actually become apostolic and prophetic moving out to win the lost once again?” END_OF_DOCUMENT_TOKEN_TO_BE_REPLACED

The Church today is pastor-driven; the early church was team-driven and the leaders of the team were an apostle and prophet (see 1 Corinthains 12:28 and Ephesians 2:20). The early church was powerful and effective, winning the lost and becoming a change agent in its culture – turning its world upside down in just one generation. We have not and will not have that kind of impact unless we return to the biblical model. That will be a difficult thing to do but not impossible because “all things are possible with God.”

Former U.S. President Dwight D. Eisenhower said, “It is better to have one person working with you than three people working for you.” That is the power of a team – together everyone accomplishes more (T.E.A.M.). But often in the church of today a real team leadership structure does not exist. Everyone is doing their ministry; everyone is following their vision; everyone is fulfilling (or trying to) their calling. Hopefully they are all going in the same direction and working for the overall good of the church. At its best it is often a group of individuals working together and not a real team. At its worse – it is a strong solo leader with team members doing their own thing.

To work as a team disciples must be open and transparent; honest and vulnerable. I don’t see that very often here in the church in my nation. Men here seem to fear that kind and depth of self-revelation. To have a good team functioning you need men willing to share intimacy with one another and work in spiritual partnership with others.There is no “I” in team. So, I believe we need to remove the independent spirit that often exists along with the solo leadership concept (senior pastor) and current teams where they exist and begin to build biblically.

Henry Ford said, “Coming together is a beginning. Keeping it together is progress. Working together is success.” I believe that to see biblical results as found in the life of the early church in the book of Acts we need to be building the way they did. This will, in many ways, mean a lot of changes and a need for leaders to be less insecure and more open to working with others. This starts at the heart level when we invite others to know us and we experience love, acceptance and forgiveness.

Recently overseas I was teaching on this and discussing this during the breaks and over meals. Each and every time I was assured that they were building this way – and yet, in each and every place the key leader was a “pastor” and there were no apostles and prophets. In each place there was literally a strong leader who was really the only leader although others were ministering and working for him – but really not with him.

And so, this “stronghold” will take time to dismantle but I believe it is God’s will that this man-made structure be torn down so Jesus can build His Church His way!