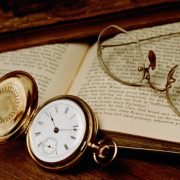 1> Are often not submitted to those who are in authority within the local church. They seem to sense that the gift or the calling grants them permission to speak and minister even in situations where the gifts are not practiced either because of a theological understanding that does not support the gifts in the church today or the leaders have not granted permission for the gifts to flow. This also includes ministering prophetically in a worship service when a person’s gift has yet to be recognized and released; prophesying simply because they have a Word of the Lord (which somehow supposedly gives them the right to usurp God-given authority in the local body).

END_OF_DOCUMENT_TOKEN_TO_BE_REPLACED

Spending a week in Manitoba (a region of Canada) sharing God’s Word – both by preaching as well as by giving prophetic words. The anointing is definitely here for the prophetic gifting to function and do so powerfully. It started strong tonight and I expect it will grow as we move through the seven days together.

The front row on one side was filled with seven or eight young people. Great kids. Interacted with me as I preached – worked along with me in my questions and answers and other areas of the teaching that were interactive. Good group. Have one sharing the gospel tomorrow night from the front. Also ministered prophetically to a young person who is going to a YWAM outreach in the country of Panama starting tomorrow. I brought three others up and released them to minister prophetically to him and then I ended the small ministry session by prophetically speaking into his life. Good anointing and a strong touch from the Lord for the young man – Zack. Pray for him as he goes on his first short-term mission trip. I will post his story and pictures on his return (either here or on my main web site).

The future of the Church is bright if these younger believers who already form a vital part of today’s Church (they are not the “church of the future” as they are the “Church of the now”!) take seriously the call of God to go into all the world and preach the Gospel.

Great verse in Psalms (68:11 KJV) “The Lord gave the Word; great was the company of those who proclaimed it.”

It is up to us. If it is going to be – it is up to me. It is time for the Church to take seriously the call to “go into all the world”. I believe these young people are serious. They are hungry. They want more – no, they want all of God. ALL of God! So good to see the hunger and the willingness to do as God directs. It will be a good week with them around – and a great future for the Church. They most certainly were an encouragement to me tonight as I like to see young people picking up the mission of the Lord to “seek and save the lost” and not just sit around and play Church.

Office is set up – computer (obviously) functioning and am sitting here answering emails that came in earlier today during the five hgour drive from home to here. Now, it is time to sleep. A well deserved rest even if I say so myself.

Talk more tomorow as will be in front of the computer most of the day (only real requirement is coffee time with the guests from 10:00 to 11:00 a.m. and then the service in the evening). So, hoping to catch up on 73 backlogged overseas emails and the scheduling of the next four trips to that region of the world.

Michael Jackson died a little over a week ago. A memorial is planned for this Tuesday in Staples Collesium in Los Angeles. All this without “lying in state” at Neverland, his home for over 20 years, as originally planned. And, in Christian circles it began to circulate that he had been born again just a week or two before his sudden death.

It didn’t take long for this rumor to spread thanks to the social network websites like Facebook and Twitter (and its tweets). However, there was, in reality, not a speck of truth in the rumor. When will people learn that because it is posted on the internet does not make it true or accurate. It was neither in this case.

Michael Jackson was raised a Jehovah Witness and reportedly converted to Islam (became a Muslim) in 2008. It is reported that he had prayed with his long-time friends Andrae Crouch and his sister, Sandra, who together pastor Christ Memorial Church of God in Christ in Los Angeles. That is true. Following a time together when Michael asked about what gave a “spirituality” to the music that Andrae writes and sings, they joined hands and Andrae and Sandra prayed. It was not a Sinner’s Prayer and Michael did not pray at that time. He just listened and thanked them for their time.

But, even if he had prayed “the prayer,” it takes more than saying a Sinner’s Prayer to be saved. It takes godly sorrow with repentance, a turning away from the thinking pattern and resulting thoughts, words and deeds of the natural man, and a decision to become a follower and disciple of the Lord Jesus Christ (emphasis on “Lord”). It is coming under new ownership as you become a new creature in Christ. It is receiving forgiveness, encountering God and His love, and being totally cleansed of all unrighteousness. Much more than just a prayer.

Folks, as believers – let’s not believe what we read or hear on the internet. Check out the facts. Secondly, don’t spread what you read or hear. Gossip is bearing false witness and is thus a breaking of the Ten Commandments and a sin. And, let’s realize that our loved ones and friends need to hear about the Gospel of Jesus Christ as they too could die today.

Bill Lewis wrote a great article which is a recent blog called “Guest Blogger – Worth Reading Twice”. He has recently circulated some responses he received from this edition of his e-newsletter. I thought several were worth adding to the web site…

….Something is Going On
Marc Hausmann: France.

Again I appreciate your newsletter: Stiring thoughts, getting people to move. I would have troubles to discern about the evolution of the charismatic movement, because I grew up in a non charismatic church. But here are some thoughts, just reacting freely and without pretention to your letter:

All I can say is that each generation has to cross its own Jordan and I think the new generation has not done that yet. It is hard for sons to find their identity if the fathers have been giants. As my friend Jean-Pierre Charlet says … we have a generational problem in church: The grand grand grand fathers still try to tell the newborn how to live and behave in a world that has trumendously changed. Let me explain:

In a healthy family kids are born and raised by their parents. Sometimes the grand parents advice, sometimes they intervene, but its NOT their job to raise the kids. In Church we do worse. We choose / have leaders and expect them to do everything. From giving birth, feeding, to education, etc.. But sheperds don’t give birth, don’t feed the newborns, don’t even teach them! They discern what the whole flock needs. – Let’s face it: you and me (and our generation) are already too old to have a direct impact on the 15 – 25 year olds. They must be ignited and led by people of THEIR generation.

The church is guilty of not liberating new leaders (because the old ones take to much space) and even more guilty of telling them how they should do it. If we don’t allow them to be people of their generation and culture (I don’t forget Romans 12:2) rooted in Christ’s values and protected by loving parents they simply won’t be able touch their generation with the gospel. They won’t even impact this world because this generation won’t exist, or they will just survive being neither “of this world”, neither “IN this world”.

What we have to learn and impart is how to “function” through the generations. I’m sure you’ll understand the following illustration:

– Baby’s eat and learn (and hopefully grow),
– Parents make babies and feed and teach them,
– Grand parents give advice and watch over the parents,
– Grand grand parents can sometimes give wise thoughts if their ask for it, but concerning the parents and the babies most of the time they just “shut up”bacause it’s not their buisiness anymore!

Now, in church, things are not like that, why ??? That’s for sure the elephant in the room! By the way: how did he get there? I suppose it grew inside the house, never being allowed to run free. It will probably need some destruction of the building to get him out (Luke 5:36-38). Good idea – personally I’m not convinced of church buildings anyway…

Well, maybe all this is not as clear as it should be. It’s just, as we say in french: to “pour water onto your millwheel” (give food for thought)

So be blessed and read you soon !

I took it off the shelf in my study. A small, pocket-size copy of the Bible. Good for the summer months when I am outside a bit more and can grab a few minutes here and there to read some scriptures. So, it is with me all day – every day. It fits in the back pocket of my jeans. I also place it on my beside table when I arrive home for the last time each day. Then, as I head to bed for the night, I spend some time reading it as I sit on the chair in the corner by the bed.

And, I have to admit I have been very surprised, even amazed, at how much I have been managing to read as I take it with me … a chapter here, three chapters there. Add to that a few chapters most nights and I am feeling well fed spiritually. Refreshed. Even renewed. And, and I am not stealing time from other events, activities or relationships. Apparently instead of losing time I am now using time and moving forward spiritually all because I made a conscious decision to use the spare moments that use to simply vanish into thin air.

Fresh manna for the soul and spirit every day is good and refreshing. However, it does not happen by itself. It does take a little thought and effort – even a bit of planning. But, in our busy world of constant activity and perpetual demands on our time, it is possible to have that ‘pause that refreshes’ a number of times every day if we just work at doing so. May I encourage you to do just that. Of course that means you may be seen reading your little pocket Bible at a coffee shop, bus stop, at the dentist’s office, and many other places where people today simply no longer are seen reading the Bible.

Today – after two hours in the yard finally racking up the leaves and branches from last fall and spraying some weeds in the pathways – making ready for some nice evenings in front of the fire pit on nights I am actually home … I made a cup of coffee, sat down to rest and refreshed my spirit man at the same time. Felt good!