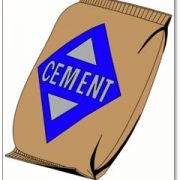 Since apostles and prophets are foundational to the Church, it is imperative that we know how these two offices work together. An illustration or two may help us to understand.

When Israel was leaving Egypt under the ministry of Moses they came to the Red Sea and camped. Shortly afterwards with the Red Sea in front of them, mountains on both sides, and Pharaoh with his army coming up from behind them they began to lose faith and worry. And, of course, they began to complain.

Moses speaks to them and tells them to “stand firm”. He is telling them to have faith in their God who has just, with a series of miracles, freed them from slavery in Egypt. He also tells them to “be still” which meant to have inner peace and not to worry or be anxious. This when they were likely experiencing great fear and total panic.